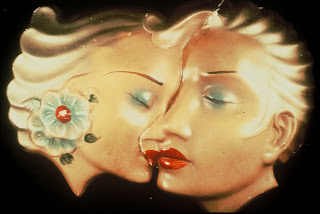 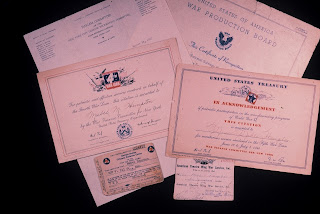 Ms. Hampton's War Effort
The 1940s were turbulent years, marked by World War II and unrest at home. While African-American soldiers were fighting the armies of racial supremacists in Europe, their families were fighting the armies of racial dictates of Jim Crow society at home. Harlem, Detroit, and other American cities would see streets become battle fields.
For African-American working women like Ms. Hampton, the 1940s was the decade of the slave markets, the daily gathering of Black women on the street corners of Brooklyn and the Bronx to sell their domestic services to white women who drove by looking for cheap labour.  In 1940, Ms. Hampton was part of this labor force as she had been for over twenty years, working year after year without worker's compensation, health benefits or pension payments.
In September of 1940, she receives a postcard canceling her employment with one family: "Dear Mabel, please do not come on Thursday. I will see you again on Friday at Mrs. Garfinkels. I have engaged a part time worker as I need more frequent help as you know. Come over to see us." 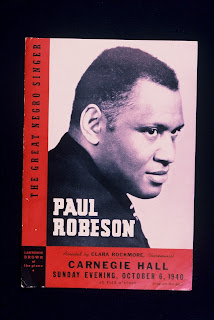 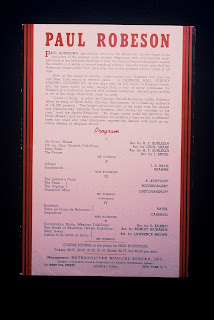 Ms. Hampton, however, did not let her working difficulties dampen her enthusiasm for her cultural heroes, however. On October 6, 1940, she and Lillian are in the audience at Carnegie Hall when at 8:30, Paul Robeson commands the stage. The announcement for this concert is the first document we have reflecting Ms. Hampton's lifelong love of the opera and her dedication to African-American cultural figures and institutions such as Marian Anderson and Josephine Baker. 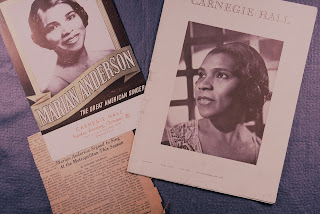 In 1941, perhaps in recognition of her perilous situation as day worker, Ms. Hampton secures the job of matron with the Hammarlund Manufactoring Company on West 34th Street, assuring her entrance into the new social security system begun just six years earlier by Franklin Roosevelt,

She still takes irregular night and day domestic employment so she and Ms. Foster can, among other things, on May 28, 1946, purchase from the American Mending Machine Company one Singer Electric Sewing machine with console table fort he price of $100. She leaves a $44 deposit and carefully preserves all records of the transaction. 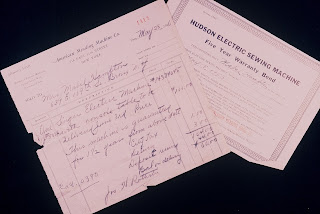 On February 20, 1942, we have the first evidence of Ms. Hampton's involvement in the country's war efforts: a ditto sheet of instructions from the American Women's Voluntary Services addressed to all air raid wardens. "During the German attack on the countries of Europe, the telephone was often used for sabotage thereby causing panic and loss of life by erroneous orders. We in New York are particularly vulnerable to in this respect since our great apartment houses have often hundreds even thousands under one roof...The apartment house telephone warden must keep lines clear in time of emergency. Type of person required: this sort of work should be particularly suited for women whose common sense and reliability could be depended upon." Ms Hampton was such a person.

In August. Ms. Hampton is working hard for the Harlem Branch of the New York Defense Recreation Committee, trying to collect cigarettes and other refreshments for the soldiers and sailors who frequent Harlem's USO. In December of 1942, she is appointed deputy sector commander in the air warden service by Mayor La Guardia. This same year she will also receive her American Theater Wing Service membership card. Throughout t1943, she serves as her community's air raid warden and attends monthly meetings of the 12th Division of the American Women's Voluntary Services Organizations on West 116th Street. During all this time, her country will maintain a segregated army abroad and a segregated society at home.

In January and February of 1944, she receives her fourth and fifth war loan citation. This support for causes she believed in, no matter how small her income, continues throughout Ms. Hampton's life. In addition to her religious causes, for example, she will send monthly donations to SCLC and the Martin Luther King Memorial Fund; by the end of the seventies, she is adding gay organizations to her list. 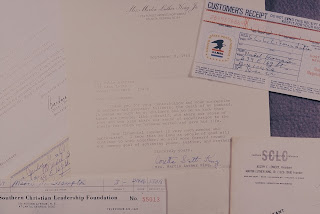