So much has been happening, like one blow after another. I have been reading all your words, thinking of the old Village and my old bar, the Sea Colony, and all the years in between and now--do not think you are invisible, only we can make ourselves disappear with silences, with our own fears. Take to the streets, with banners--Lesbians Against Fascism, Lesbians Against Trump, Lesbians for Gun Control like we did when Reagan spread his ugliness--these are anxious times and we grow anxious about our own histories, until we take to the streets, the meeting rooms, the cultural events at LHA, look into the faces of our dear ones like Carlson and Michelle and so many more and join with others shouting our visions of just life into the cities, on whose streets we found our public selves, our desires singing in the hot night air--from the 50s and before until now and beyond.
Posted by Joan Nestle at 1:52 AM 4 comments:

Remembered Women's Words: Thank You, Geraldine Robertson for Your Dedication

‘The peoples, as well as the Governments, have sown the wind of misunderstanding and of hate and are reaping the whirlwind,
and we must bring in the soft breezes of sweet reasonableness, of charity, of clarity to the considerations of social and industrial problems.’
Letter from Vida Goldstein published in the Woman Voter, Melbourne, 18 December 1919.
It was referring to the First World War, particularly to the signing the Versailles Treaty at the Paris Peace Conference, 28 June 1919.

Also from Vida and published in Woman Voter 11 May 1917:
The WPA (Women’s Political Association) and the Women’s Peace Army will be remembered in Australian History
as the one band of workers who never wavered for an instant in the Australian fight for internationalism,
which the WPA began on 7 August 1914.

Where hope springs. Lepa reports in May:

"Dear Lesbians,
here's again your East European reporter!
yesterday was a beautiful day in TIRANA!
dont forget they have the best president at the moment in the entire Balkan region, one Socialist and painter~!
anyway, this is 5th bycicle ride against homophobia in Tirana!
photo1: in the first row is XHENI KARAJ, she i THE LEADER OF THE LESBIAN AND GAY MOVEMENT IN ALBANIA, in the red shirt!!!  She is the main reason why there are so many people behind her, a charming queer feminist leader!! and then Kris Pinderi, a great gay activist in blue shirt.
When I was in Tirana, he wanted his mother to meet me and brought me and his partner to a dinner, it was moving... i listened about  life in socialist absolutist Albania, his mother ... waiting in the row for bread as early as 5 o cock in the morning... untill 1990 they had only the basic items for life.  just so that you can imagine where did these young beautiful people come from.  And then the third in the front row, the butch with a cap and blue moto on the very right, KEO, she is a passionate motorcycle rider...  and i am one of her amazone mothers by choice!!!! on the third photo with white jacket is Delina Fico, legendary feminist activist & professional, who is making history of freedom for Albanian women!!
i love them all...  you can imagine this is a big gathering for Albania, we are all so happy...    BRAVO!!!
(the bikes are rented for free by a friend who does it every year, now fifth time!)
here's also a klip:
http://historia-ime.com/2016/05/14/videothe-fantastic-tirana-gay-pride-2016/"

Robert Kagan's Drawing of the Picture

Like so many of you, I am trying to find a way to understand the Trump ugliness of spirit that seems so popular to so many now in my old country. I read, l listen, I think, and hear the echoes of other times when a government used economic fears and the desire for national purities to come to power.


This is How Fascism Comes to America
By Robert Kagan May 18 at 7:09 PM 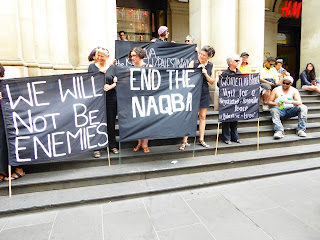