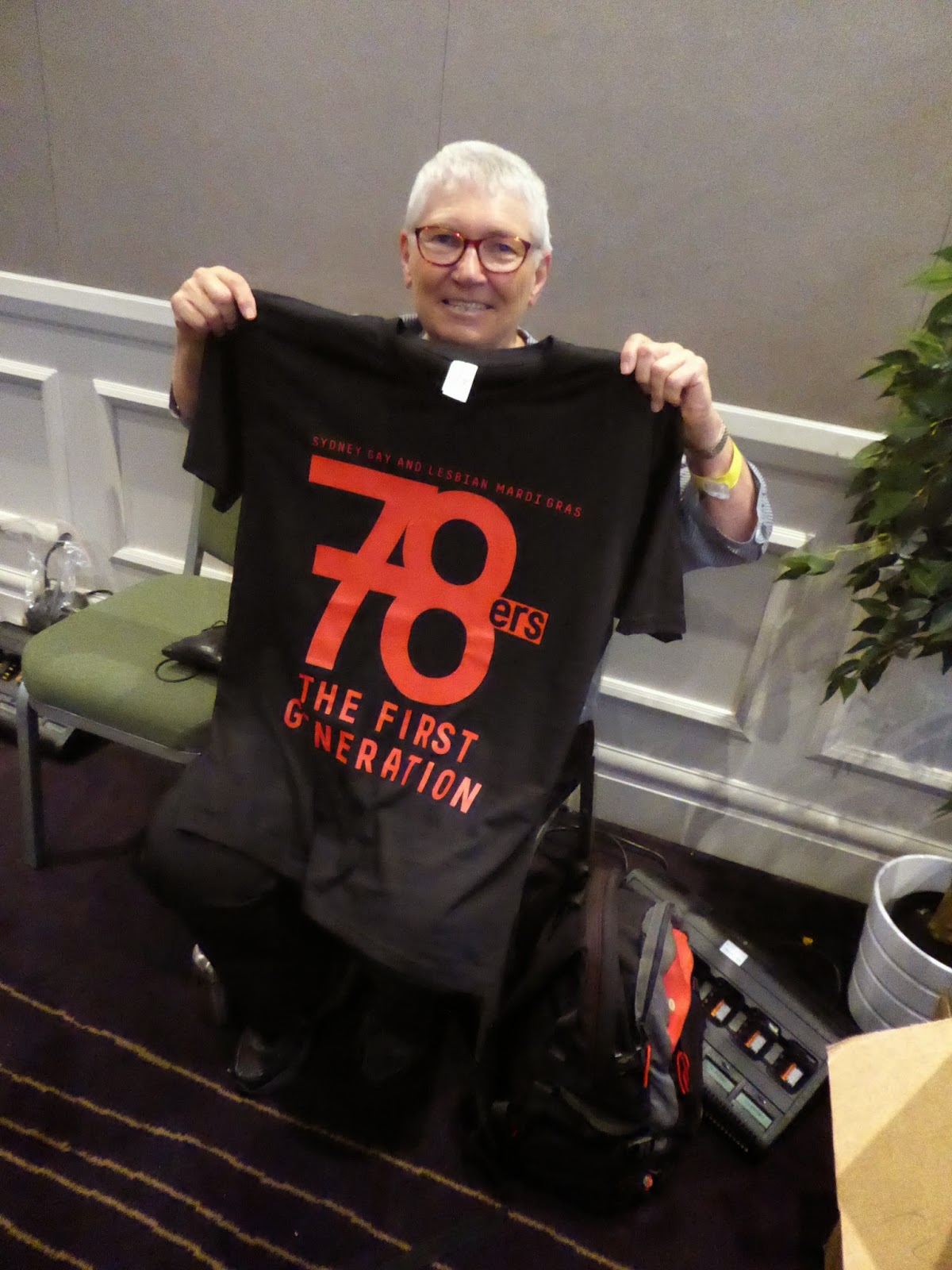 One of the original marchers who took on the police in 1978, Digby Duncan, photographer and archivist extraordinaire. 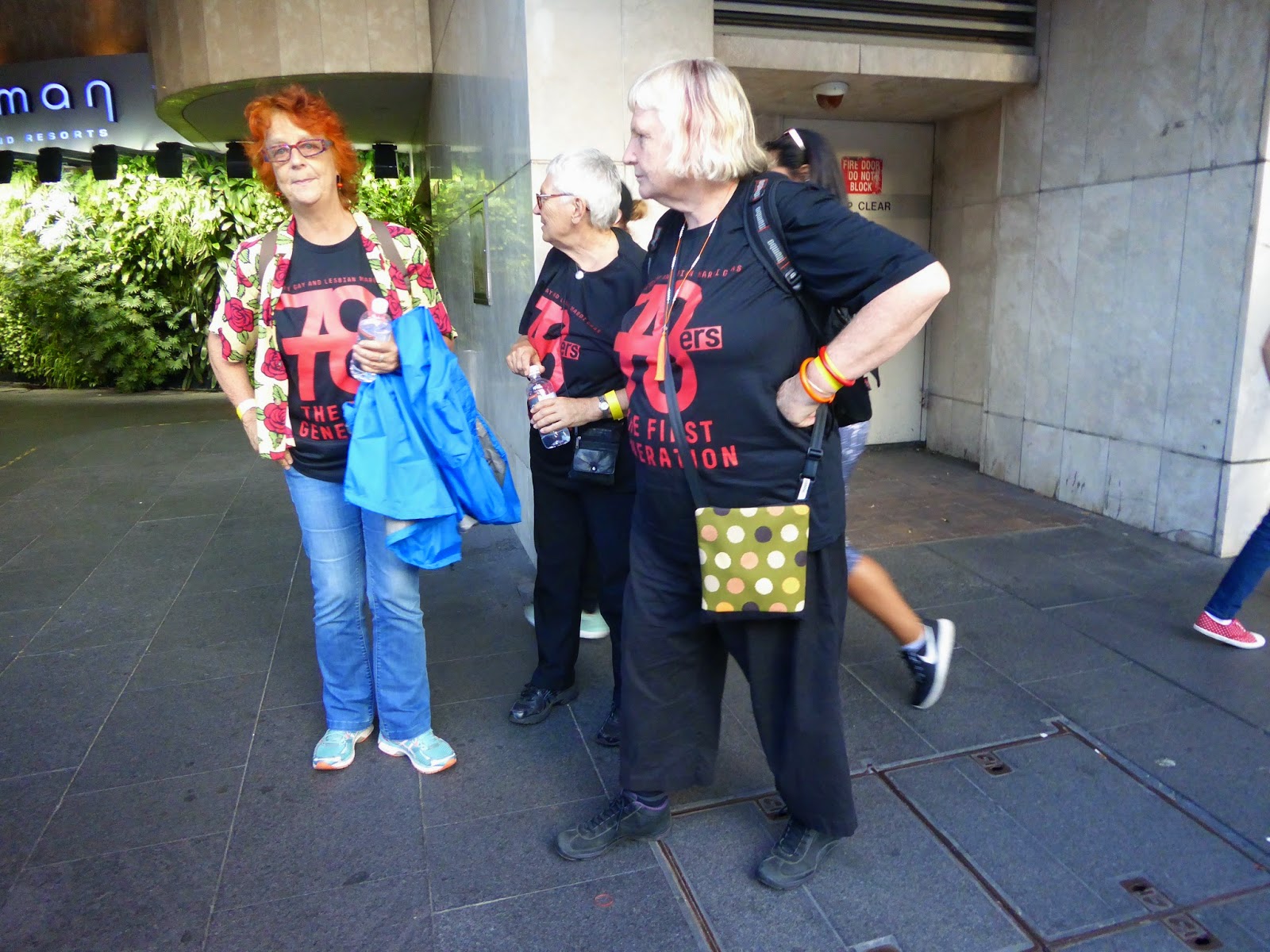 Heading for the bus, brave ones all, Di Otto, Digby and Sarah Gibson. Thousands lining the streets, looking up at the bus of oldies. 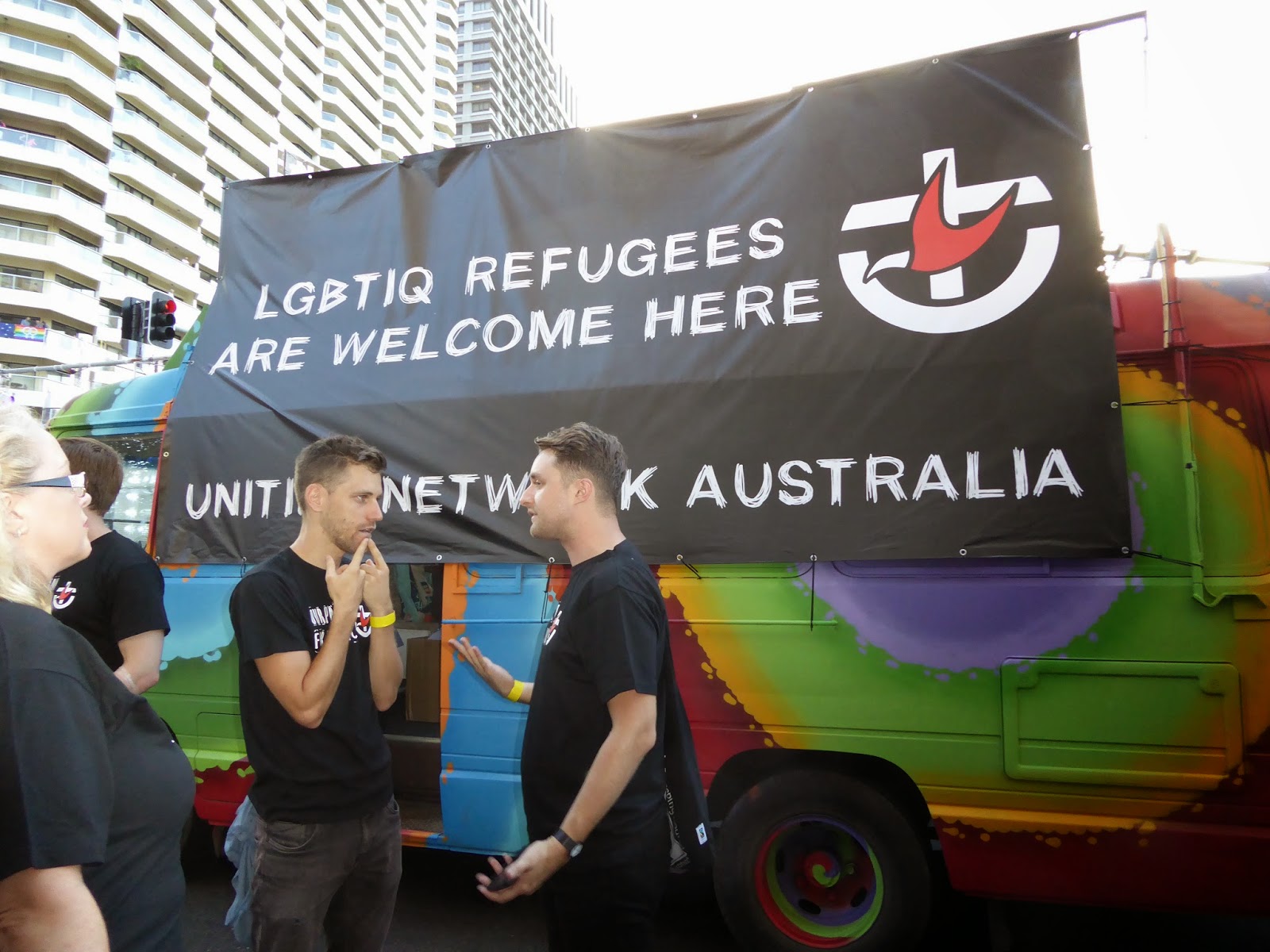 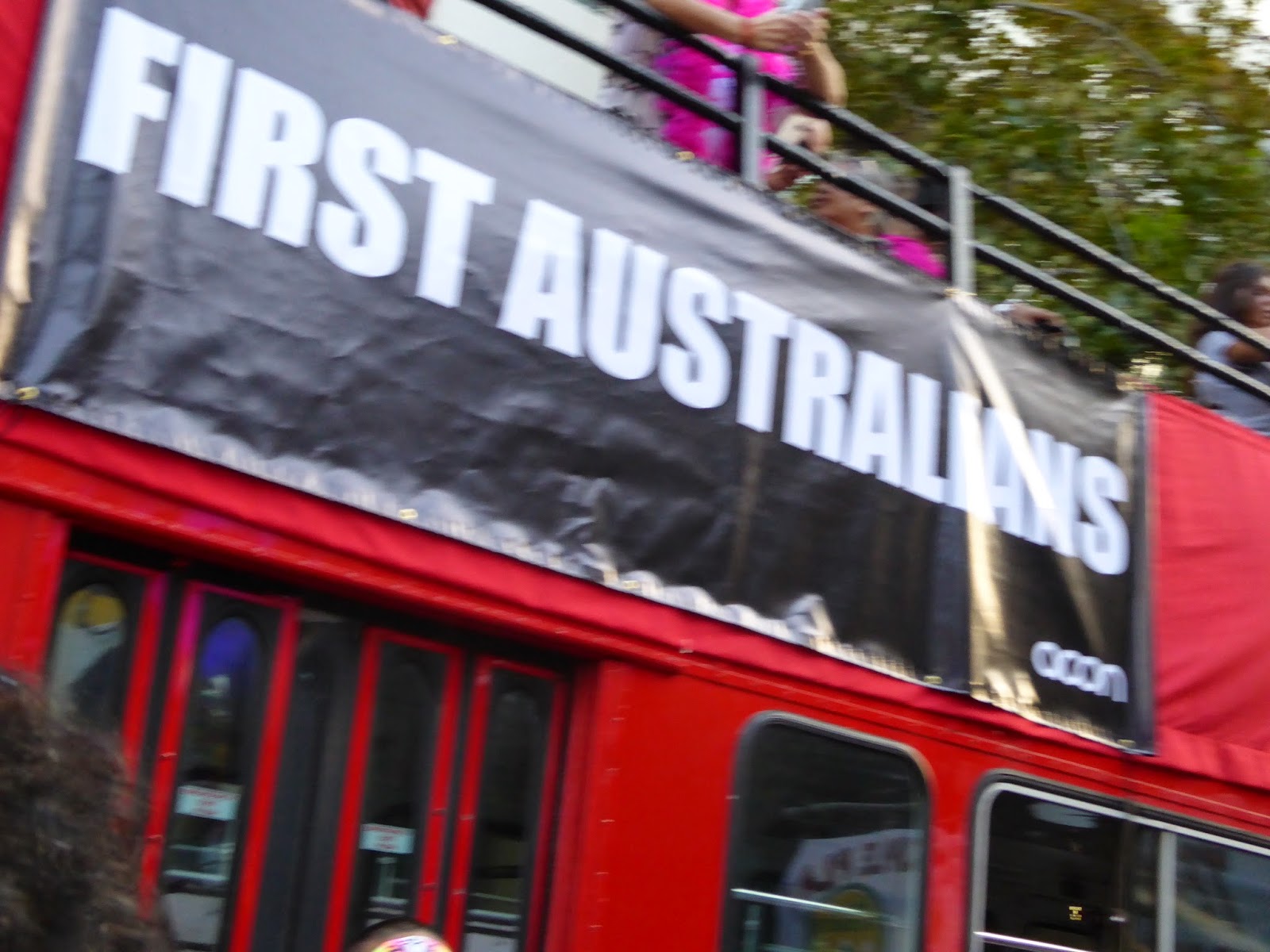 Politics live in the parade. Bodies, desires, anger, love, comradeship and also consumerism on full view. We ride into the night. 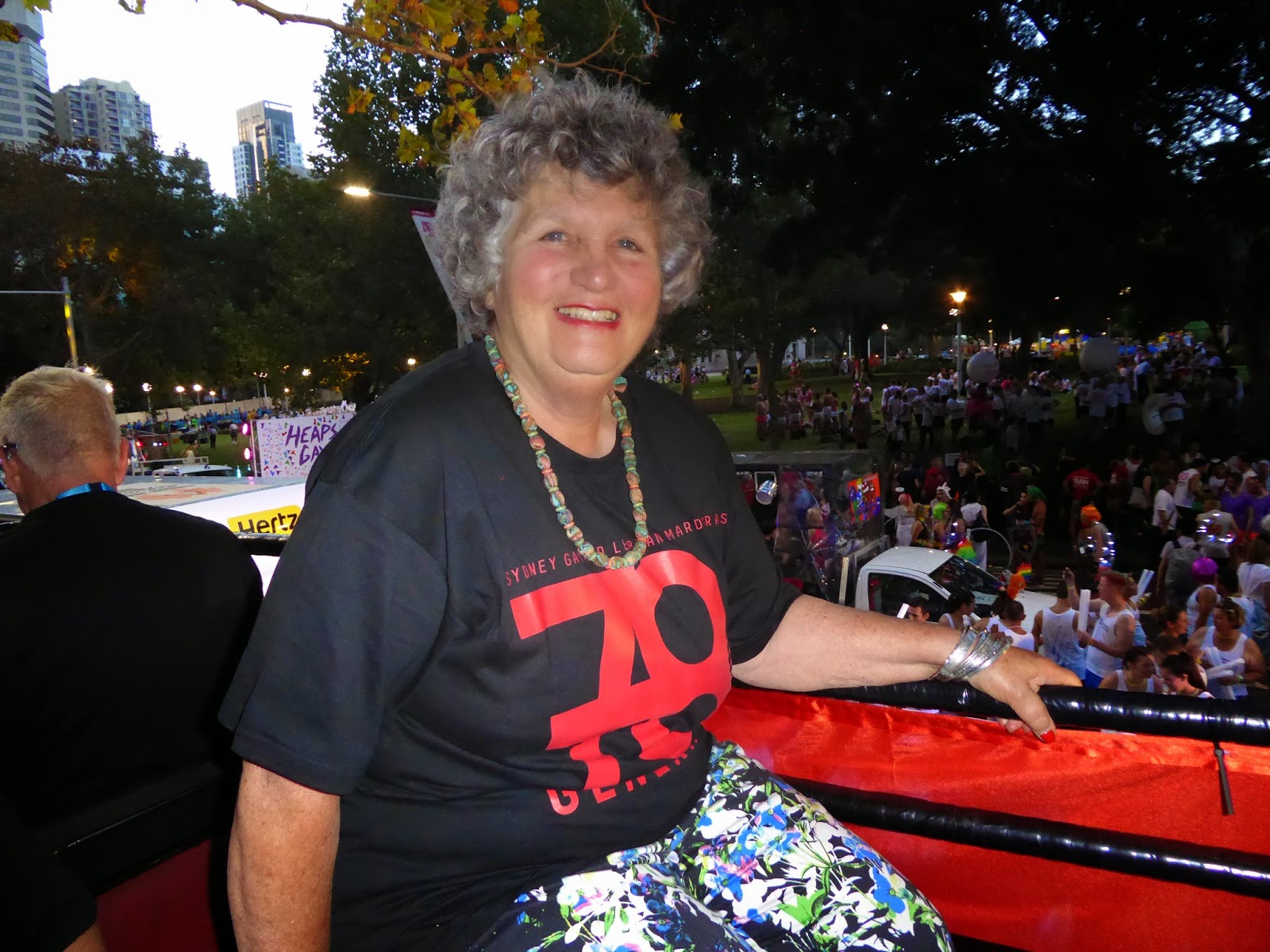 I am a guest, remembering our own early days in New York City.
Posted by Joan Nestle at 1:17 AM No comments:

Trying to Get Back 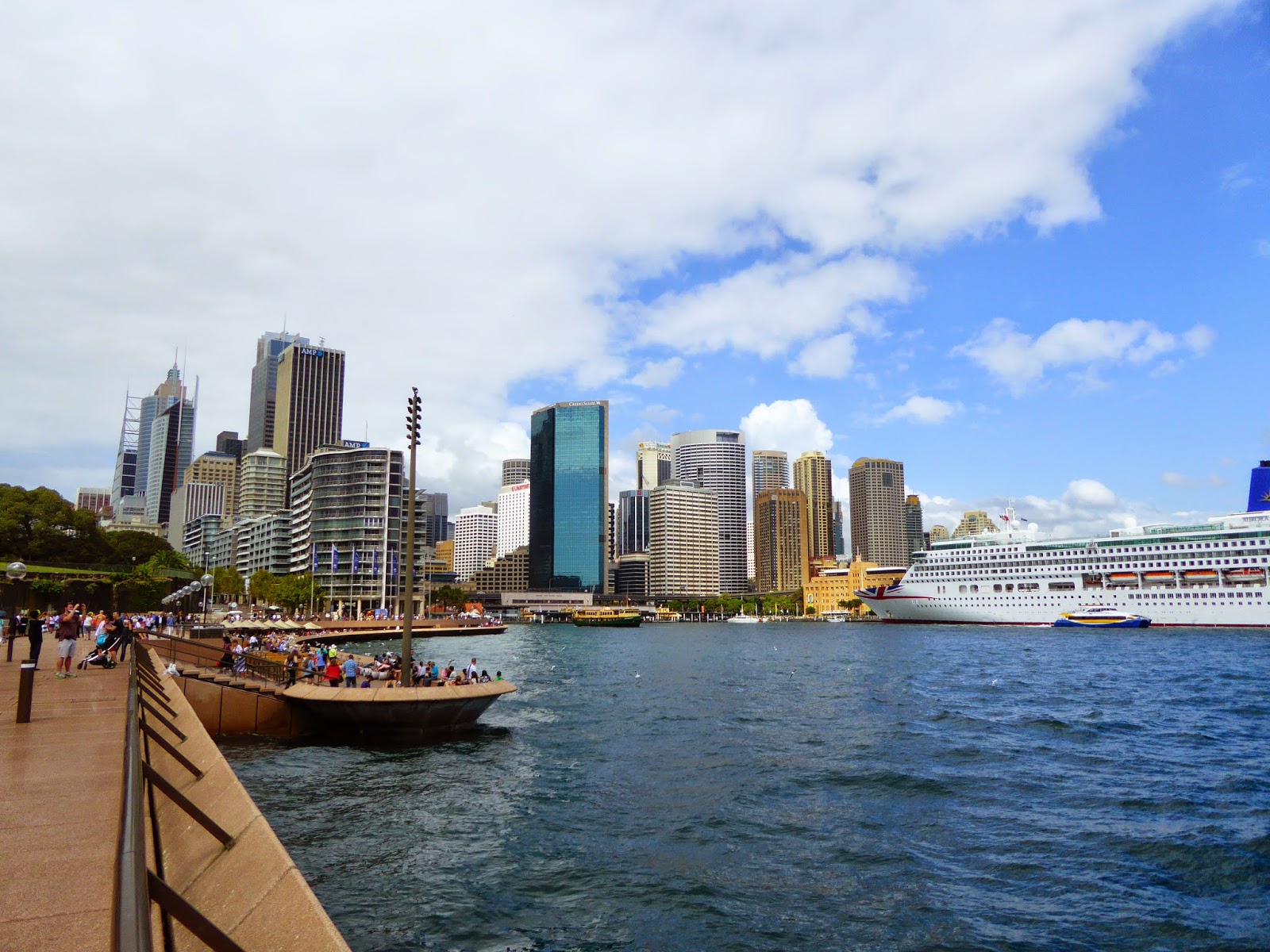 Sydney with its harbor, where one history watched as another sailed in. 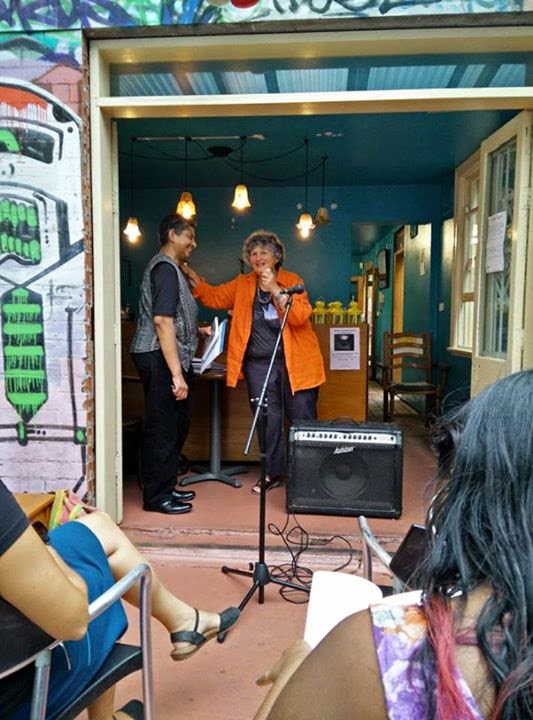 So much to tell you--journeys unfinished. Let me tumble the words out. This weekend in Sydney, Yasmin and I on our final launching of our Sinister Wisdom special issue on Lesbians and Exile. The site an old fashioned women's bookstore, Sappho's Books, on Gleebe Street. The gathered, friends of Yasmin and Parvani,Sarah and Digby, Danielle and so many others, who became known to us as the afternoon progressed, some carrying my books in big sacks. The heat pressed down, but we spoke to each other, myriads of exiles, myriads of courage. 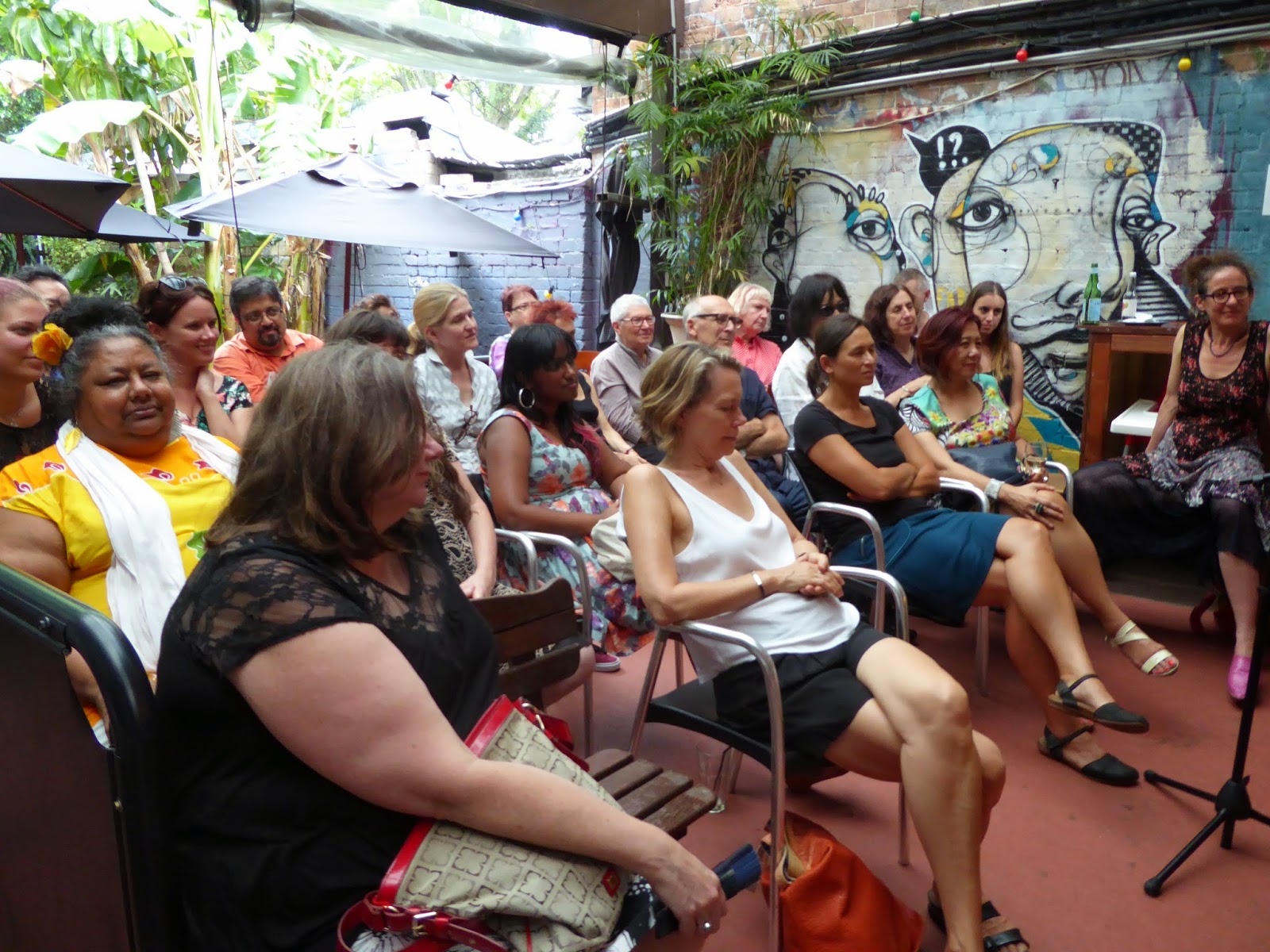 Yasmin and I ending one journey of collaboration, hopefully beginning another, her collected and new writings. 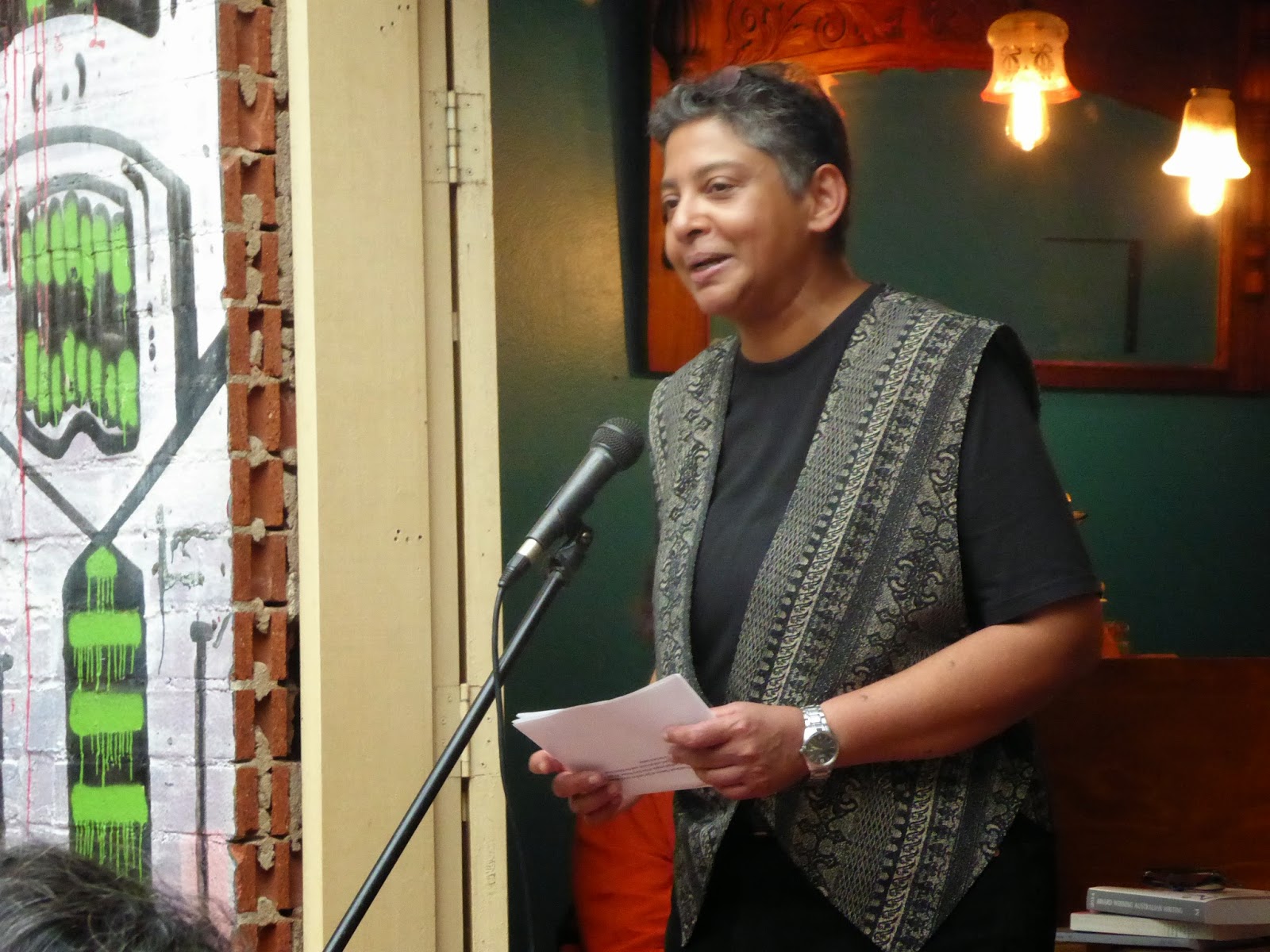 I have made a beginning of finding you all again. Tomorrow I will continue, I hope.
Posted by Joan Nestle at 3:53 AM No comments: