From Zoe in Belgrade--Complexities of Activism, the Solidarity of Activism

Unfortunately I don’t have good news – the Belgrade Pride has been banned again this year. Serbian authorities have shown once again that violence is legitimate and justified, and have shown just how much we are weighed down by fascism and intolerance. Regardless of the fact that I did not agree with the politics of the Pride’s organizational board and that I was once again brought to a situation where I had to weigh out the pros and cons of going or not going to the parade – the problem being, when you don’t talk about internal problems in a transparent manner then politics itself becomes confusing. but I guess that’s the point of the neo-liberal system – to fragment us to pieces. For the third year in a row the state has shown itself to be incapable of providing elementary rights, and that includes the right to life without fear – in short, the right to life. Tonight, we gathered in front of the government and marched to the parliament, and showed that the LGBT community can react and act in unison. That does not mean that I am very hopeful when it comes to the human rights situation in Serbia - a state which shows weakness when facing hooligans should suffer the consequences of their mistakes. and those mistakes are all around us in this country. Regardless of everything, what’s important is that I do not fear who I am and, in spite of the spineless wimps in our government, I love who I am – a lesbian, feminist, art activist and human being.
Posted by Joan Nestle at 12:27 AM No comments:

Now is not the time for silence--I am still here 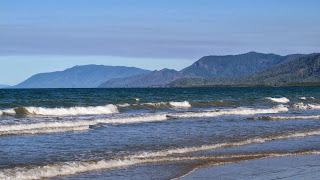 September 26, 2013     Members of the Jews Against Islamophobia Coalition were angered and saddened to learn of the vicious bias-related attacks on Saturday, September 21, in New York City, and join with all
those who are fighting to ensure that we live in a city that is safe for all residents. Dr. Prabhjot Singh, a
professor at Columbia University, and a companion, a fellow Sikh, were assaulted in upper Manhattan by
about a dozen individuals who called them “Osama” and “terrorist” and broke Dr. Singh’s jaw. As part
of his Sikh faith, Dr. Singh was wearing a turban. According to a new report, Turban Myths, put out by
SALDEF (Sikh American Legal Defense and Education Fund) and Stanford University, 48% of
Americans mis-identify urban wearers as Muslim, and over 20% of Sikh schoolchildren suffer violence as
a “price for maintaining their Sikh identity." As Dr. Singh commented two days after the attack, “Our
turban and beard are a trigger for fear in the minds of many Americans” (NY Times, September 23,
2013).] Additionally, an individual assaulted a New Jersey woman wearing a hijab and called her a
“f**king terrorist,” as she attended a pro-democracy rally in Times Square.

Even as we deplore these vicious attacks on individuals, we view them not as isolated incidents but as
part of a systemic assault on the rights and liberties of Muslim, South Asian, and other targeted
communities in NYC. While the police are investigating the attack on the two Sikh men as a possible
hate crime and have arrested the alleged perpetrator of the assault on the Muslim woman at the rally, the
NYPD and public officials, along with right-wing media and a network of anti-Muslim ideologues, must
share responsibility for fostering an anti-Muslim atmosphere that encourages people to view both
Muslims and those mistaken for Muslims as terrorists. A police department that has guidelines associating
those who wear a beard and other signifiers of religious observance with “terrorism,” and implicitly labels
all Muslims as terrorist suspects by its surveillance of New York City’s entire Muslim community,sends
a message of suspicion and bigotry that fuels such attacks.
We urge members of the Jewish community and all New Yorkersto speak out strongly in our schools,
workplaces, community organizations and houses of worship against bigotry, wherever it may occur; and
to demand strong responses and action from government leaders and representatives that must include,
first and foremost, requiring that the NYPD abandon its anti-Muslim policies. We also encourage as
many of us as possible to join community actions and responsesthat are called by our allies during this
time. (Our website will list actions as we learn about them.) Attacks on individuals because they are
“walking while Sikh” or “standing on the street while Muslim” are simply unacceptable in our city.
The Jews Against Islamophobia Coalition (JAIC) consists of three groups: Jews for Racial and
Economic Justice (JFREJ), Jewish Voice for Peace (JVP) and Jews Say No! (JSN!)
http://www.Jewsagainstislamophobia.org/
Posted by Joan Nestle at 4:28 PM No comments: