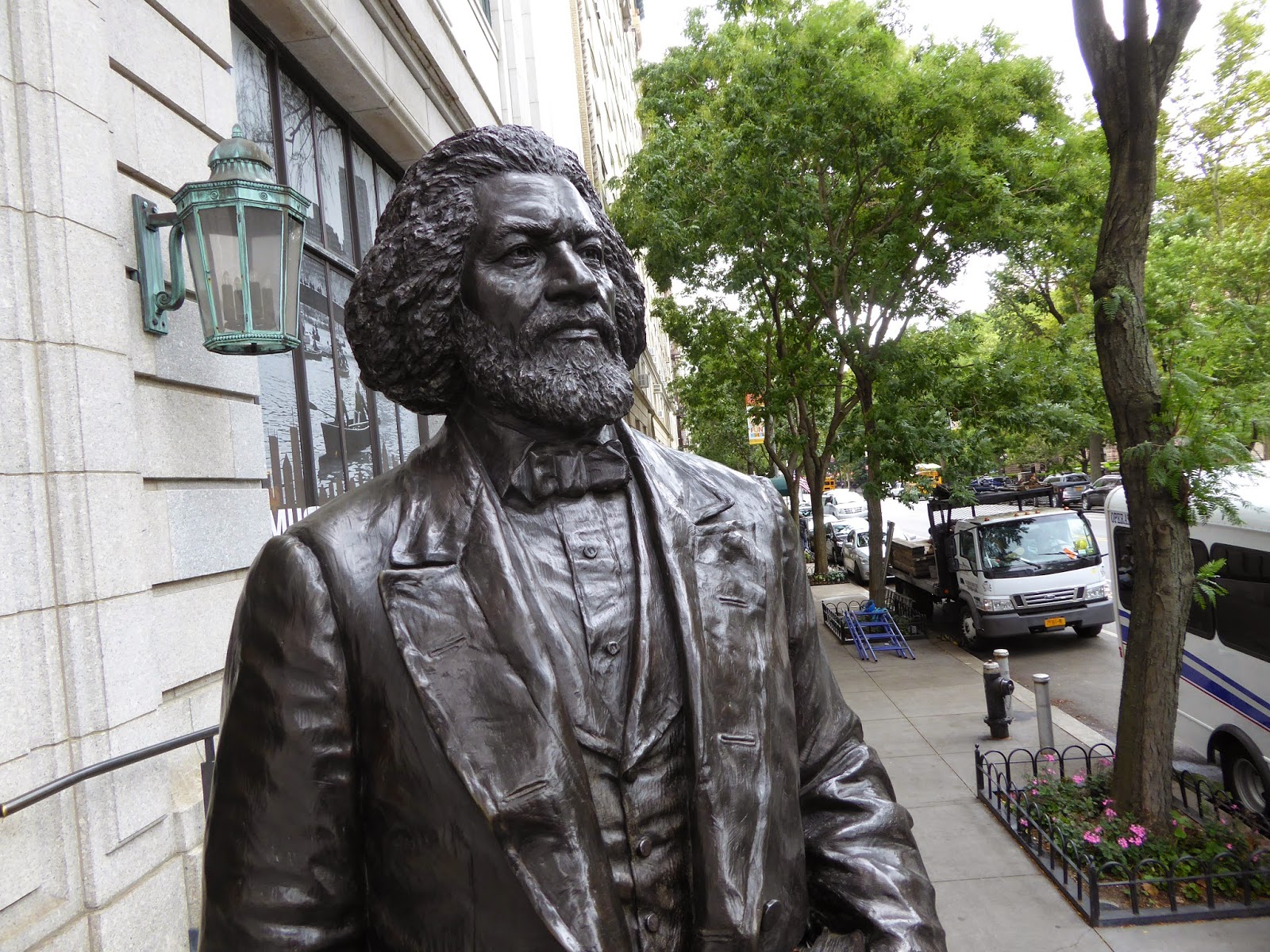 Frederick Douglass cast in bronze outside the New York Historical Society,
Another City Loosing Itself to Greed

Now the white male republican governor rounds on the black woman democratic mayor--baying the old fascist words, "more boots on the ground," more boots to ground the hopeless, the unwanted reminders of apartheid Baltimore, of Maryland's slave owning history, further away from the sun. Frederick Douglass born into slavery along the sandy shores of this state wrote in the mid 1800s of strangled dignities and his refusal to live under the shadow of white institutional hypocrisies. '"Let me be free! Is there any God? Why am I a slave? I will run away. I will not stand it. Get caught or get clear, I'll try it. I had as well die with ague as the fever. I have only one life to lose. I had as well be killed running as die standing..It cannot be that I shall live and die a slave. I will take to the water." A great dignity of word and deed was born in that moment. America has always had the choice to make between boots on the ground and historical understandings, between accumulated wealth and exiled communities. We see it once again. The woman mayor saying, they were 14 and 15 year olds, I was trying to keep from declaring war on our children. The man of power calling for quicker deaths of the unwanted.

Closer to the waters, to the bays where oysters are eaten in the thousands, their shells piling up on the sawdust floors, the others, those who have profited from the misery of others, live. The other side of the tracks, the other side of history.
Posted by Joan Nestle at 11:08 PM No comments:

The Fire This Time 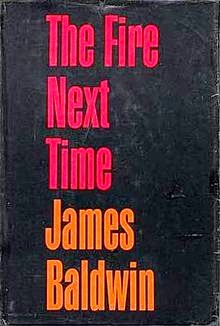 All day I sit here in Melbourne, Australia, watching the sadness of human loss--the earth moves on its own journey, and thousands die. More then a tourist destination, more then the gateway to the conquering of mountains, a home to millions of poor workers who are left with little when the rich trekkers look away.And then Baltimore--one face I saw in my mind, one voice I heard, James Baldwin speaking to the SEEK students in 1969, telling them of the fires that would not stay contained, that through the racially brutalizing skin of America, through the determined and conscious destruction of hope, the fires would come again, our humanity would split open and then he said, looking up at our students, his small body fierce with intensity, you must be there to pick through the ruins and take what you can use to start again in a different way.


Now at 75, I sit and think, we had a chance to listen to the knowledges of the 60s but Reagan and greed and white supremacy turned our hearts into gated cities. Baltimore's Mayor, Ms. Stephanie Rawlings-Blake, tried to have learned from the overly militarized responses of other apartheid American towns and cities. No deaths in the long night when angers too hot to stay beneath the streets marked her city. She will be criticized for being too soft, she will be criticized for her humanity and her understandings of what we have done.

Posted by Joan Nestle at 1:05 AM No comments:

From Gaza to Us 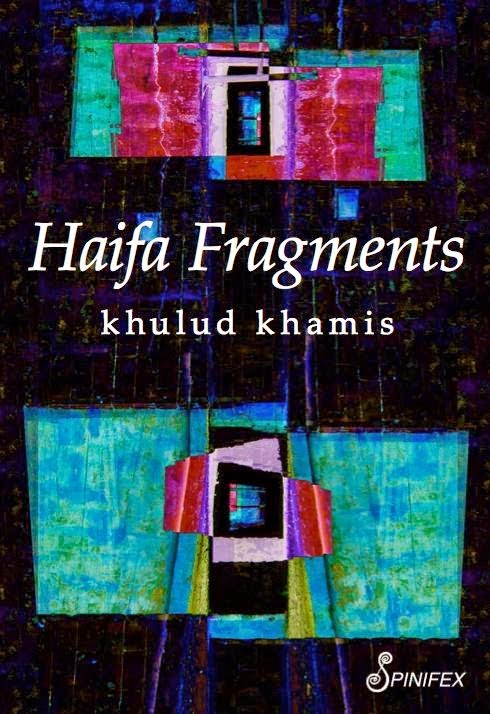 A message came out of Gaza youth calling upon all people to demand an end to
the bloodshed and blockade. Listen to the original call in this link and please join
us wherever you are. We will be standing in Haifa and Tel Aviv at 6 p.m. and in Jerusalem
in front of the Prime Minister home at 19:30, this Wednesday, the 29th of April.
The text of our invitation in 3 languages is here. English at the end.
https://www.facebook.com/29palestineday?fref=ts&__mref=message

as this announcement does not leave you with much time to get organize please
join the Gaza call by sending messages to yours governments wherever you are.
Letters of protest to the Israeli embassies are also a good idea.

English after Arabic and Hebrew

The young people in Gaza are calling out for a day of solidarity with the suffering, the destruction, and the despair that have resulted from last summer's war, and with the continual siege on Gaza.

On April 29, 2015, the young people of Gaza will go out to the streets and call for the end of the siege via street performances, art, and protests. They are inviting the people in Israel and all over the world to join their actions with similar calls to end the siege.

we will stand in Women in Black Sq. Hagefen st. and Ben Gurion blv. to say:
The wars in Gaza are not inevitable!
End the siege on Gaza!
No to the next cycle of war and death!
Hope for a better future is the best weapon against violence! Unemployment, bereavement, a feeling of suffocation, and hopelessness- that is the path to deterioration to dangerous extremism!

* the demonstration is organized by Haifa feminist activists

Posted by Joan Nestle at 8:39 PM No comments: 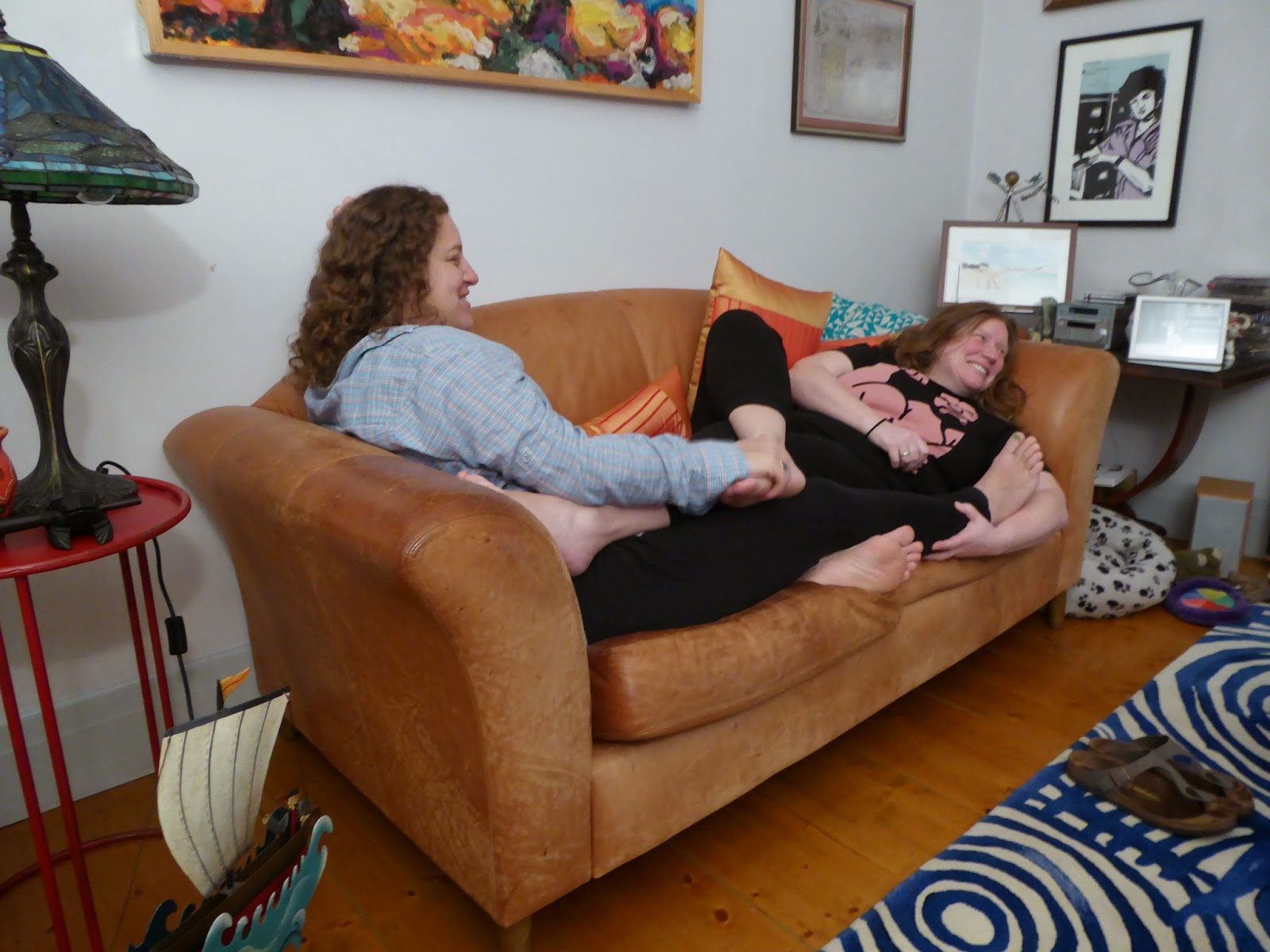 Marina and Jeanine in our lounge room

When friends visit, when they interrupt all, scrape the time and money together, and fly for almost 23 hours to reach us, our hearts, our lives, are never the same. Lady Di and I have known Jeanine Olsen for 17 years, since 1998, when I was a guest artist at the Chicago Art Institute and Jeanine was my keeper for our time there. A short time later, we shared 13A, together for a few months until Jeanine found her New York feet. Marina we met some years later on our visits back to the old country, as my New York now seems. How often we said, come visit us, knowing that it is only our younger friends now who can make the journey, but more, knowing the deep pleasure they both brought to our lives, their art, their politics, their histories, their sense of play. And for two weeks, in February, we shared our lives once again, this time in the southern hemisphere. 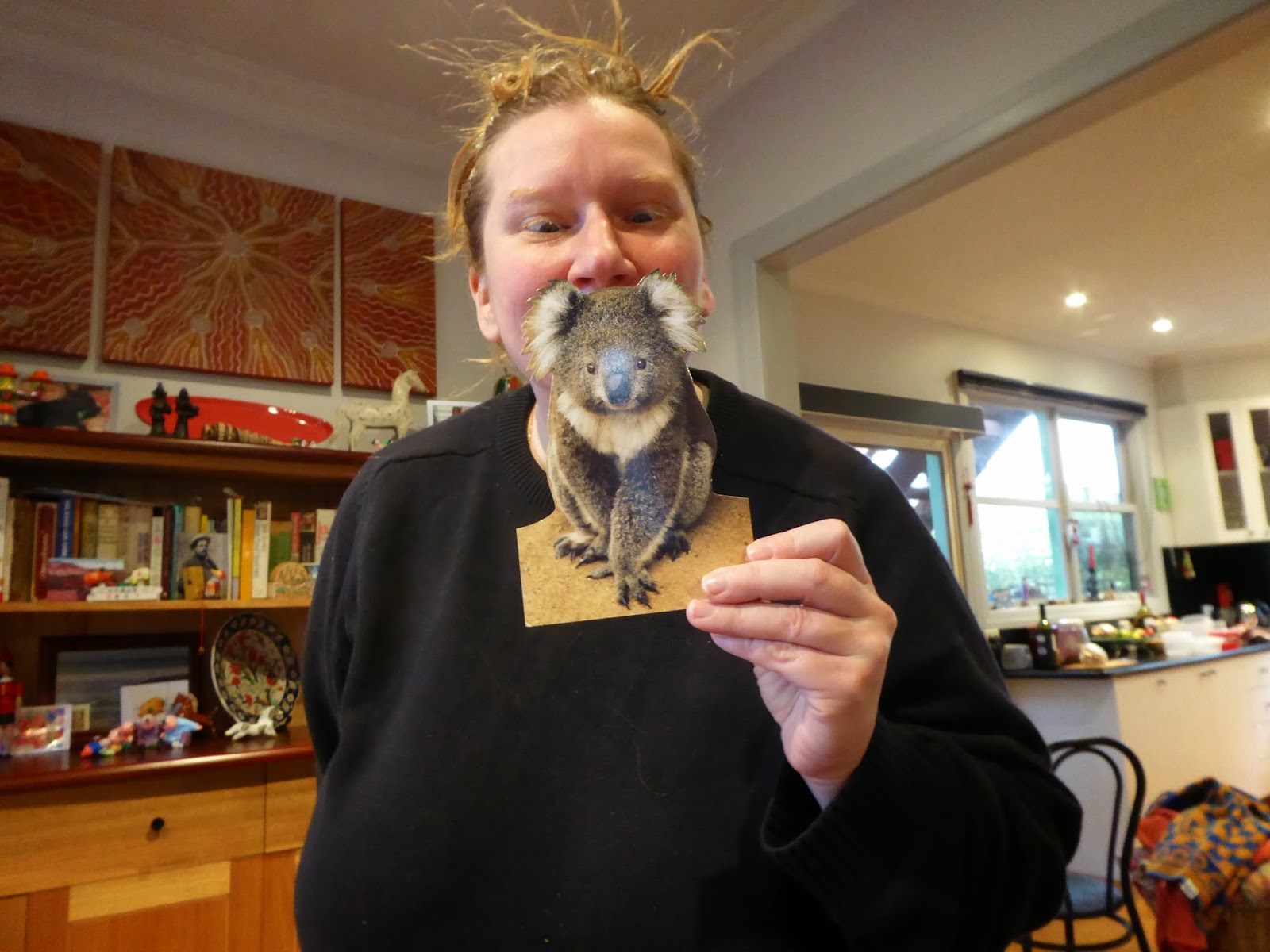 Jeanine and a new friend 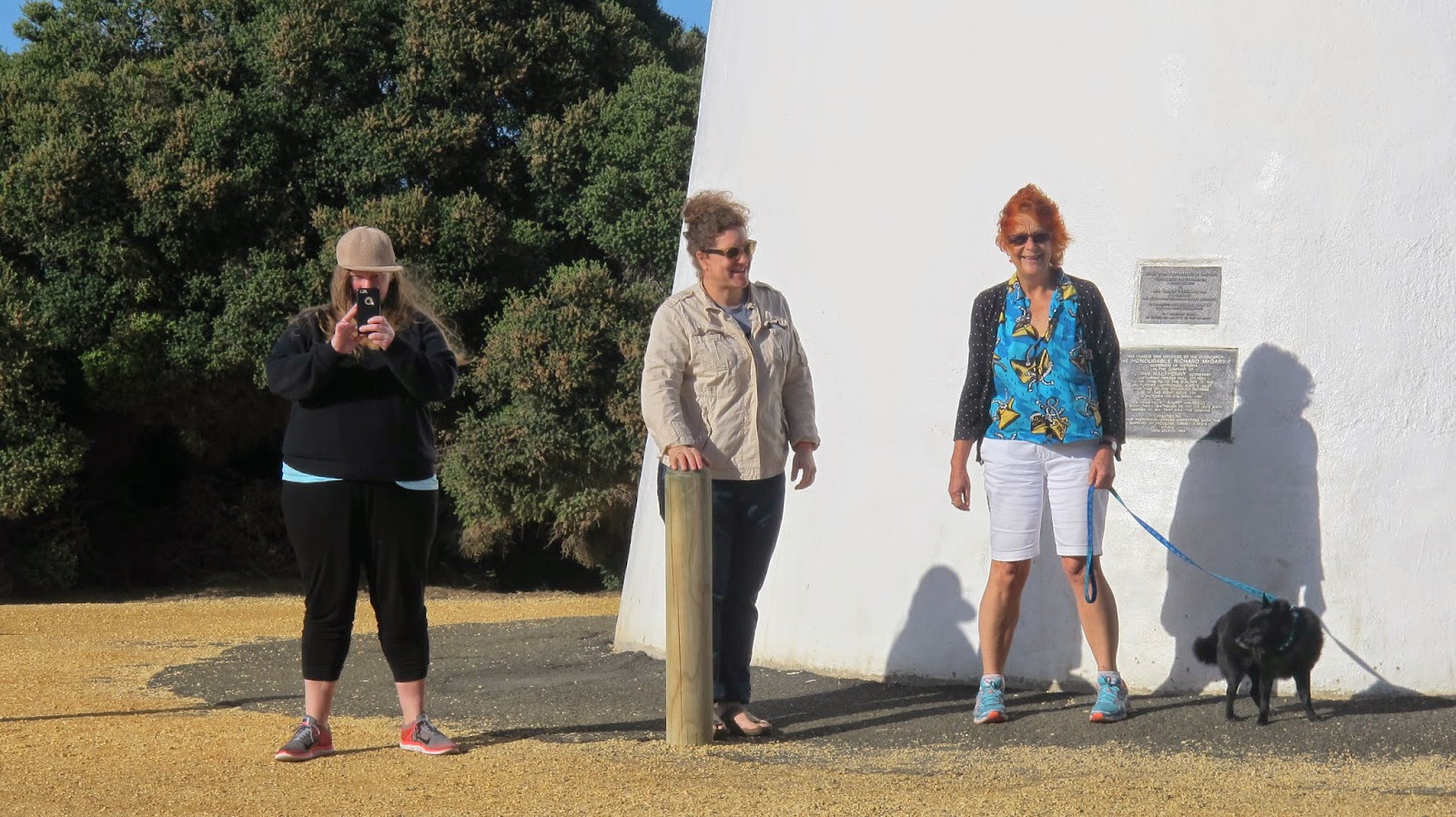 The Crew, in Aierey's Inlet along the Great Ocean Road 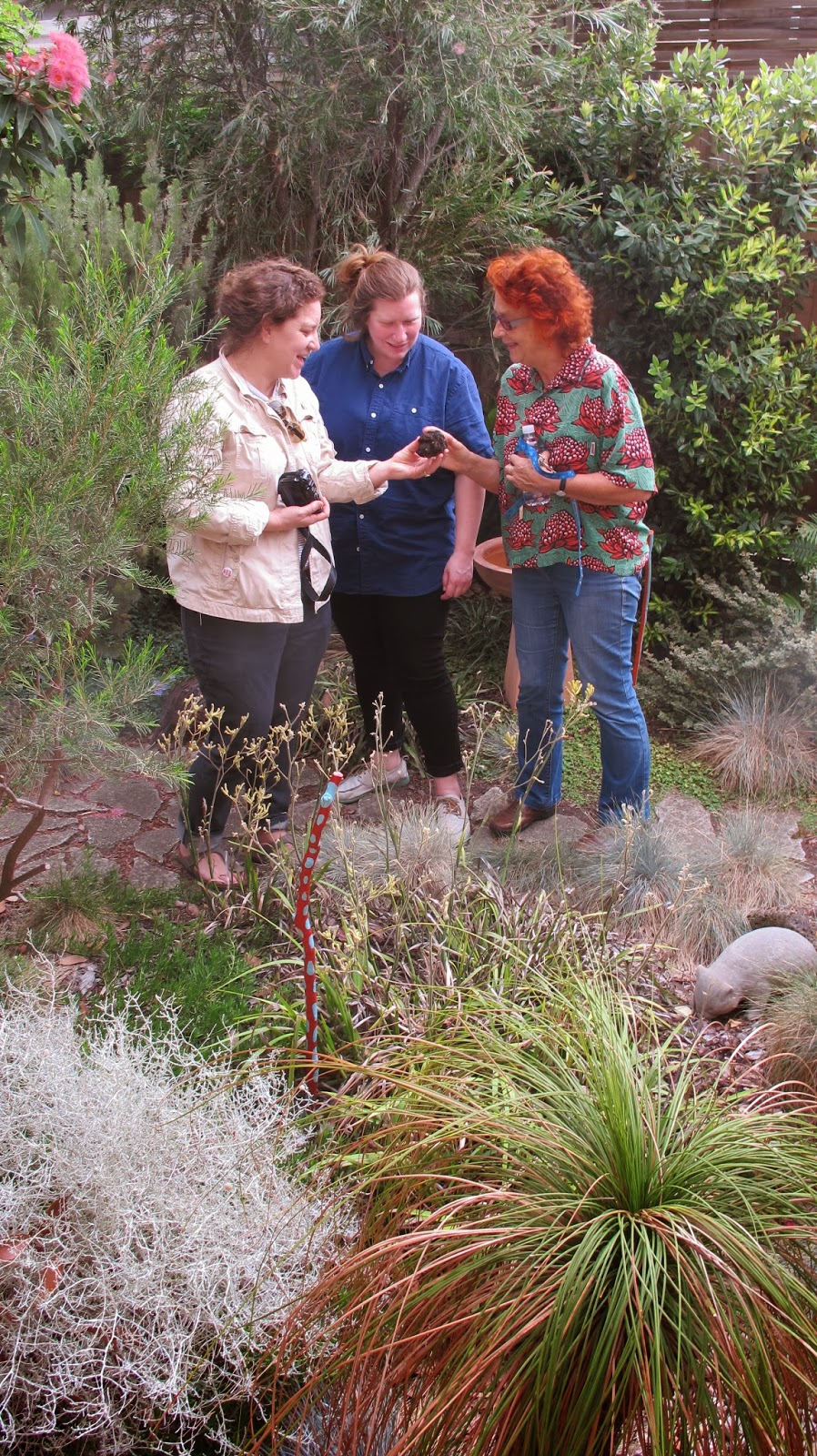 I will return again when I can. Thank you all. Sometime soon it maybe only through images I will find you. But now these words come--our house sings with the markings of Jeanine and Marina, with the ideas and books they left open for me to find--Hilton Als' "White Girls," a copy of  "The Brooklyn Rail," an alternate art and culture newspaper and the name K.Sue Park  in whose work I have found a brilliant reopening of the history and relevance of the indigenous displacements of America's first people and this history's shadow in the settlements of Israel, how frontiers are not the places we thought  them to be but the calculated face of national wars on its own unwanted nations. 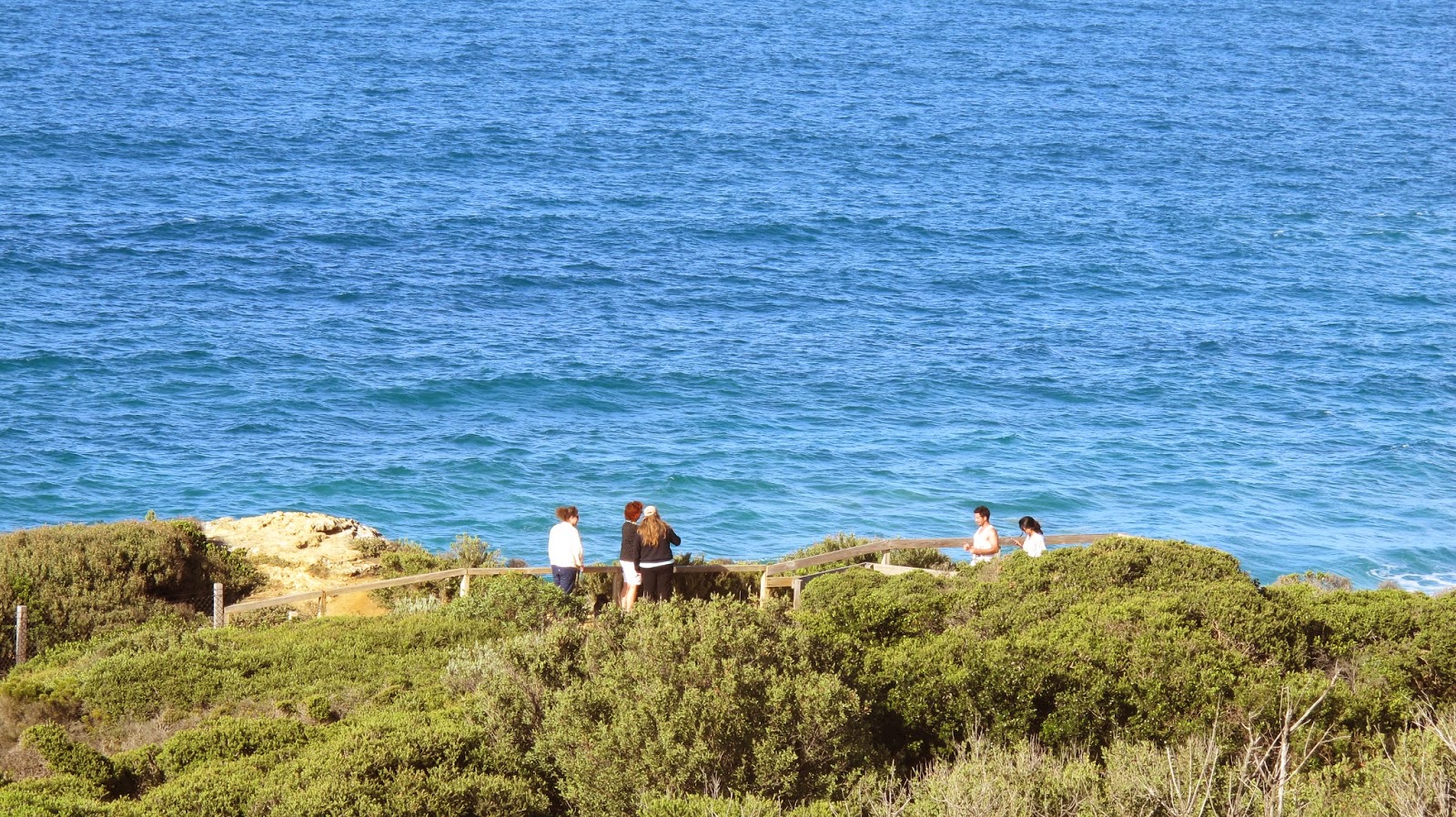 For three days, they left us, flying into the continent's center, Alice Springs, that other frontier town, and going down the long red road that leads to Uluru, the first Australian's sacred place where the largest stone monolith on this planet tells its story of creation. Jeanine later sends us an image of her raised fist silhouetted against its glowing orange skin.

Sturdy dear younger friends, who walk paths of thought and creation new to me, who once when I needed their arms to make it up a sandy slope, loaned me their strength and when I said, I feel safe with you both, Jeanine said, you should. Aging and distance can often feel like the same creature. 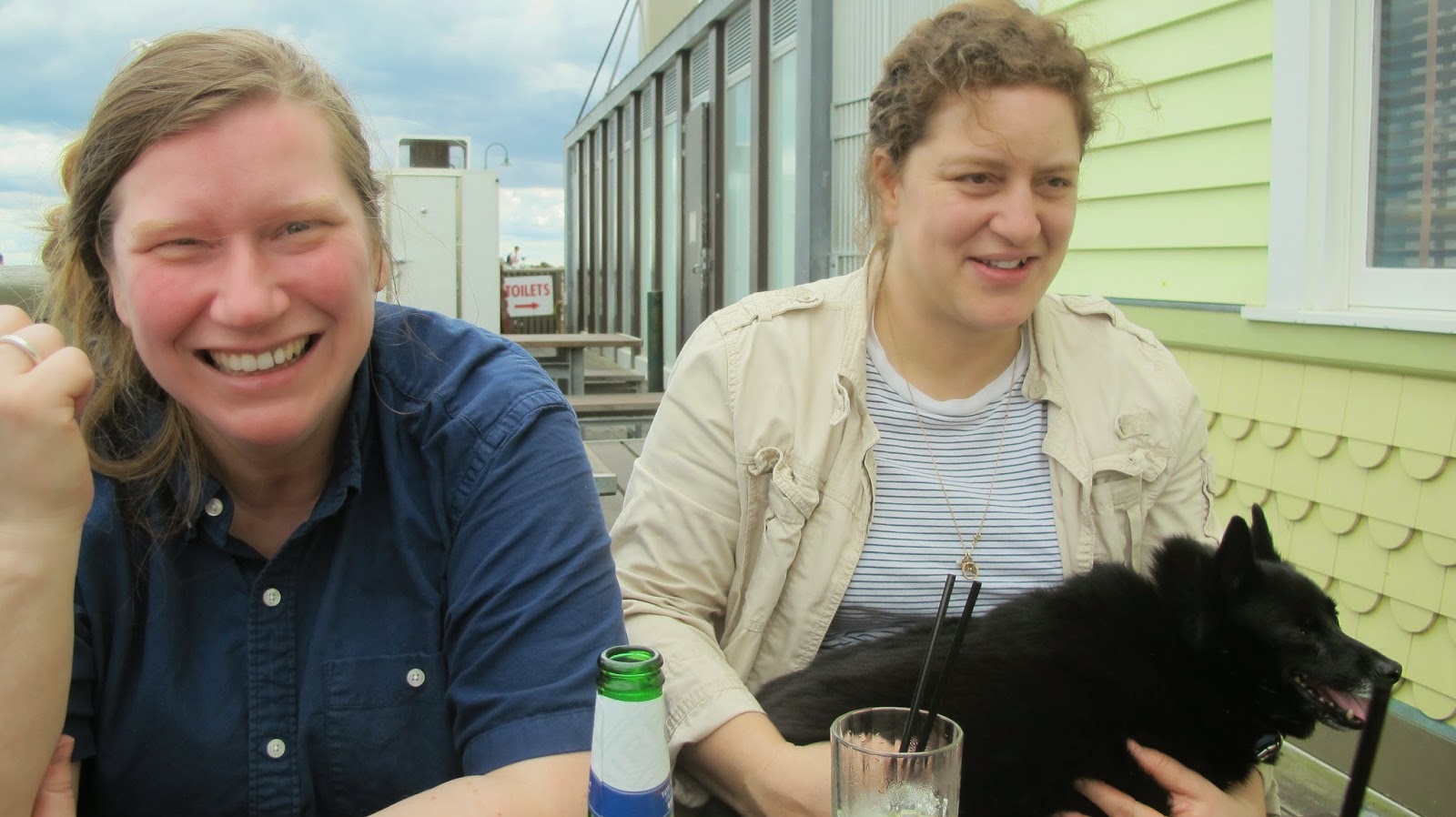 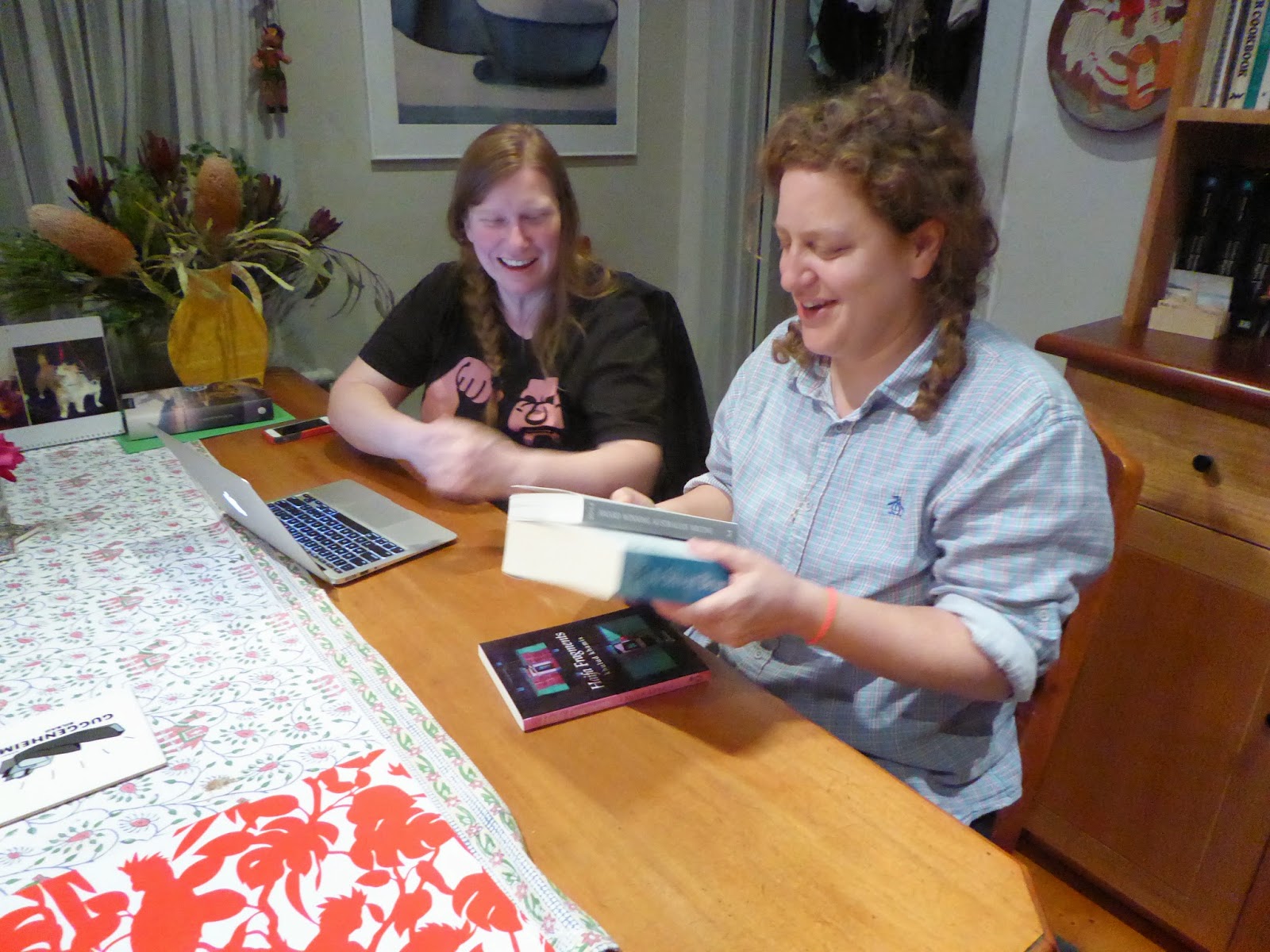 17 years ago along Chicago's Lake, we met an artist whose hand I will always hold.