In Honor of the Translator 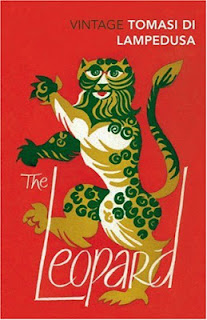 Before the skies rained pain, before this so public failure of the human imagination to live in the world of the other called Occupation, I was in love with a translator. My lesbian confession. One early morning in October before La Professoressa had greeted the rosy dawn and while Cello was still stretched out against my thigh, I read in our Age newspaper of the death of Michael Heim, a renowned and humble translator, a patient teacher, a generous man on all accounts but mostly to the world of his writers and thus to all of us. "A life long student of languages, Heim mastered 12 of them and produced award -winning translations from eight: Russian, Czech, Serbian/Croatian, Dutch, French, German, Hungarian and Romanian." With him, we entered Kundera's world, Gass' imagination, Chekhov's letters and for me so telling for he was an author I was reading that same day, Thomas Mann and his Death in Venice. Translation seems to me to be the opposite of war, the appreciation of cultural creations so loved they must be moved word by word, history by history, into the possibility of mutual understanding. As I read on, another part of my own history jumped out. When I was a student at Queens College in the last 50s and early 60s and then all the years I taught there, I would often hear the name of Gregory Rabassa who little by little introduced the world to Gabriel Garcia Marquez.

As soon as his memory floated up to me, I saw my beloved Dr Angel Flores who led our college Spanish class in our labored reading of the original text of  Don Quixote. There I sat with a pony translation hidden on my lap, just in case, but what lives with me now, so many years later, are the words I won from their living tongue, few they may have been, but the poor old knight who thought windmills were the enemy and Dulcinea the Queens of all human desires, lives for me because of the journey I took with Dr Flores, a journey that led me to read Unamuno and weep with his country priest who without faith must give hope to the poor around him. Never have the words, "My god, my god, mi dios, mi dios, why have you forsaken me," lived so deeply and still do.

A frugal man with an understanding wife, Heim made sure that translations had a future: "In 2003, [Heim] flew to the New York offices of the PEN American Centre and told the non-profit human rights and literary organization he wanted to do something to promote the often neglected work of translation scholars. He and his wife donated their life savings--$US734,000 to establish a fund that has awarded grants to nearly 100 translators over the past decade."

As some of you might know, in the last three years I have been taken with the Italian language and history, the language of so many of our neighbors here, the history of southern Italy, of Calabria and Sicily. All of this is to tell you that I through the work of translators Archibald Colquhoun and Guido Waldman am now reading a book that has been waiting for me for my whole life, Guiseppe Tomasi Di Lampedusa's The Leopard. Oh the passions of my late life, how to explain. I bow my head to this man who never saw his words live on the printed page, but the elegance, the perfect phrasing, the insight into our betrayals of human longings as well as our silliness, our desire for pleasure of body and place, the tired worker trying to honor even Princes, the complexity of power, families and revolutionary lack of vision--and above all, the weight of  Bendico's great head against our knee. I have only wandered in my Italian vineyards for a short time in this my life, but how grateful I am for what I have touched, for the sounds of vowel and double consonants that displace my English, for the people I have met who speak this language, for the writers and thinkers who made Paradises and hard roads live, for il mio Pinocchio and his Babbo--and now for Tomasi Di Lampedusa whose very name sings his history and our longing for beauty.