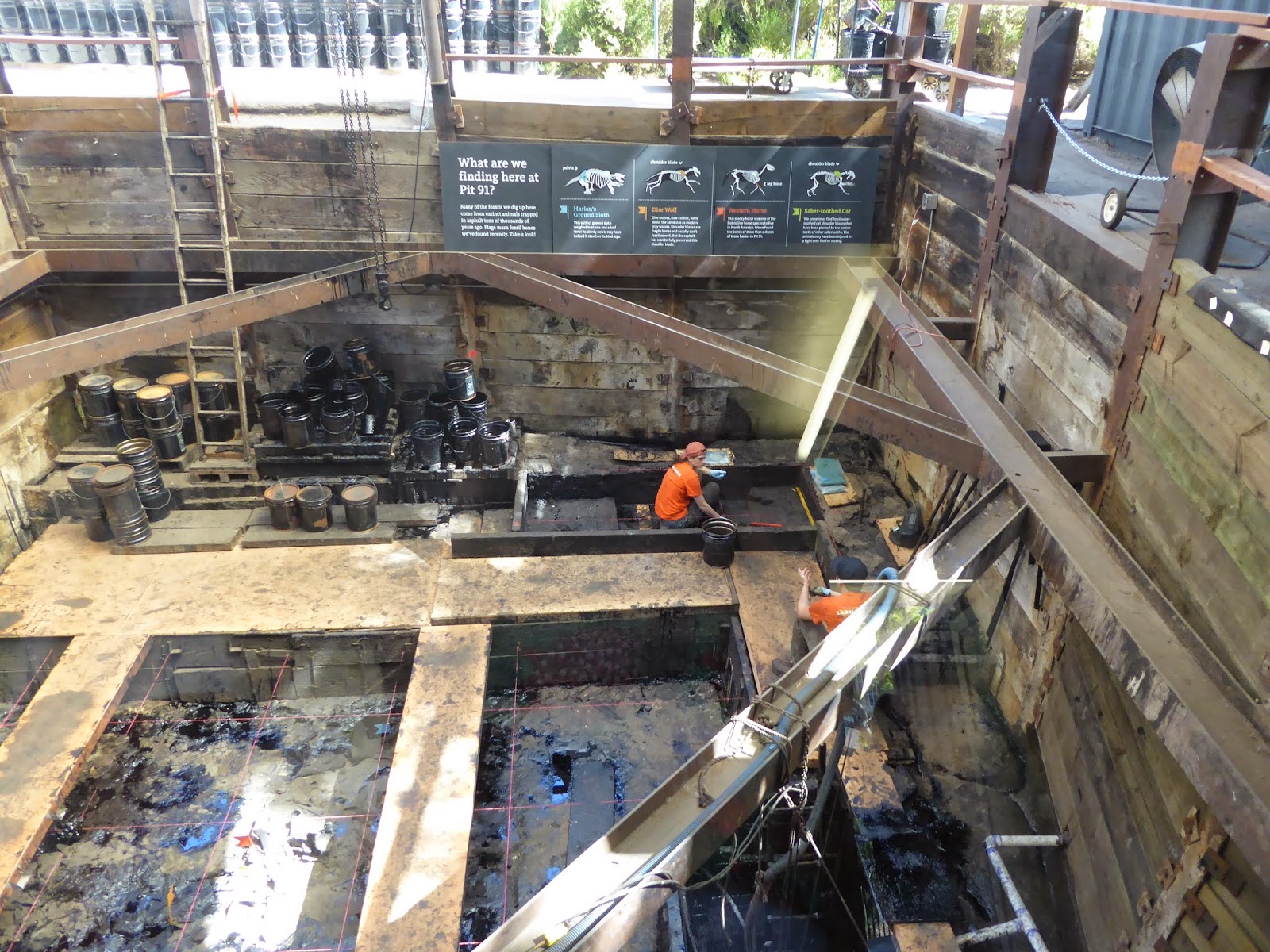 Our first encounter: Excavations at the La Brea tar pits where woolly mammoths fell into endless history. Under the glitz and struggles of Los Angeles, the end of a time bubbles up into a tar memory. My brother, Elliot, had told me of this place. For him, who never broke free from the grip of his own sorrows.


The sad events of the world flood me; American racism so persistent, so murderous, the people of Gaza stumbling over the ruins of their homes, hatred on the unjust streets, and the terrorism of the Israeli state that kills Palestinian selfhood every day is never called out for what it is. A German-Turkish woman beaten to death for coming to the aid of two young women who were being harassed by men just because they could. Unquestioned masculinities as dangerous as unquestioned nationalisms.

Oh, here she goes again. Yes. All of this never goes away, not in my lifetime. But because of La Professoressa, roads lead also to hope. My lesbian life has saved my life in so many ways, so different from the judgment of the 1950s world I came out into, where all was seen as pathology from cultural to biological. I have not been able to find the words to tell you of our journey of two months, from the end of August to the beginning of November, from Los Angeles to New York to London to Ljubljana to London to the Welsh Hills to New York to Santa Monica and finally home to Melbourne, ten planes and 16 beds later. 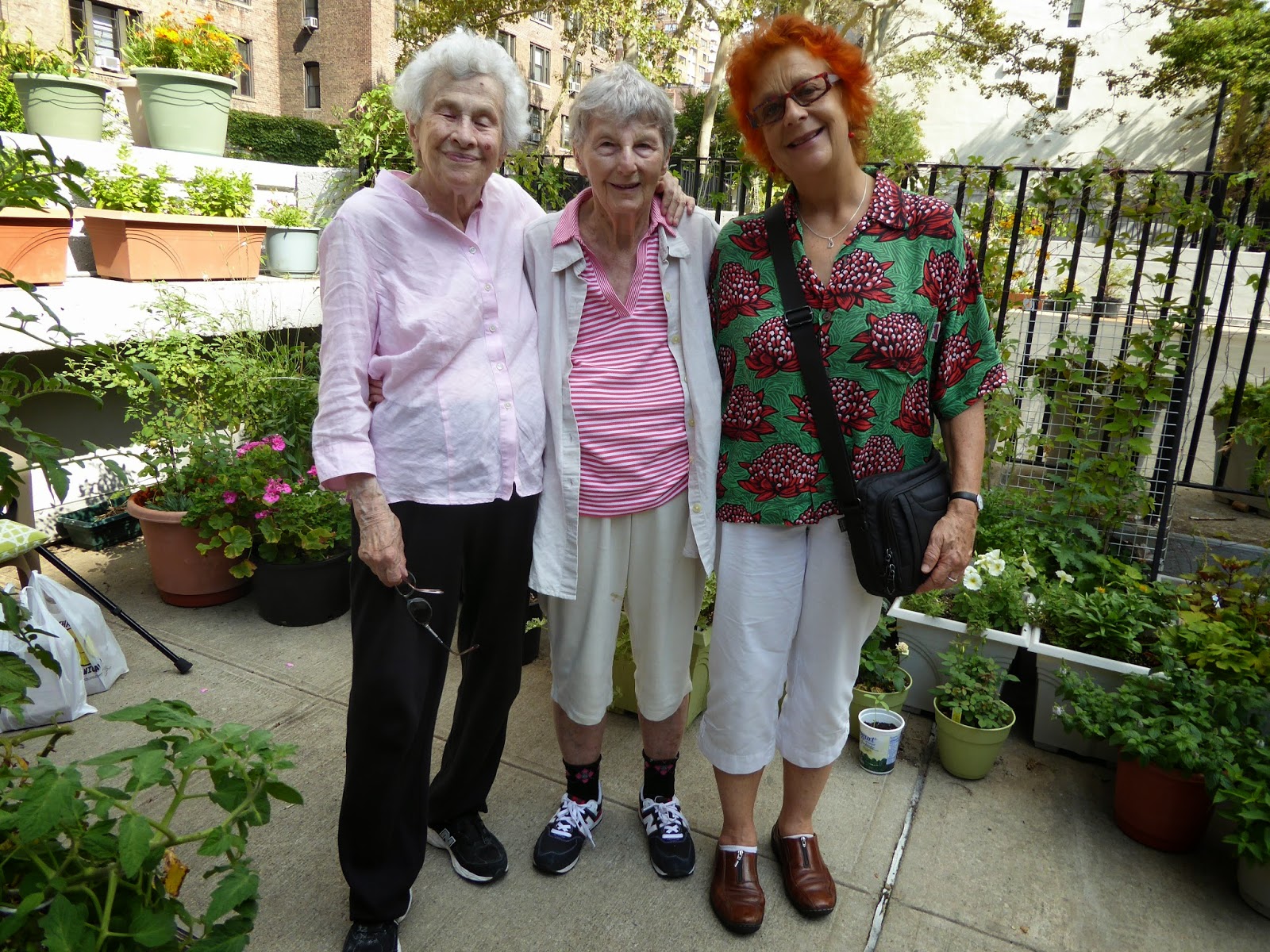 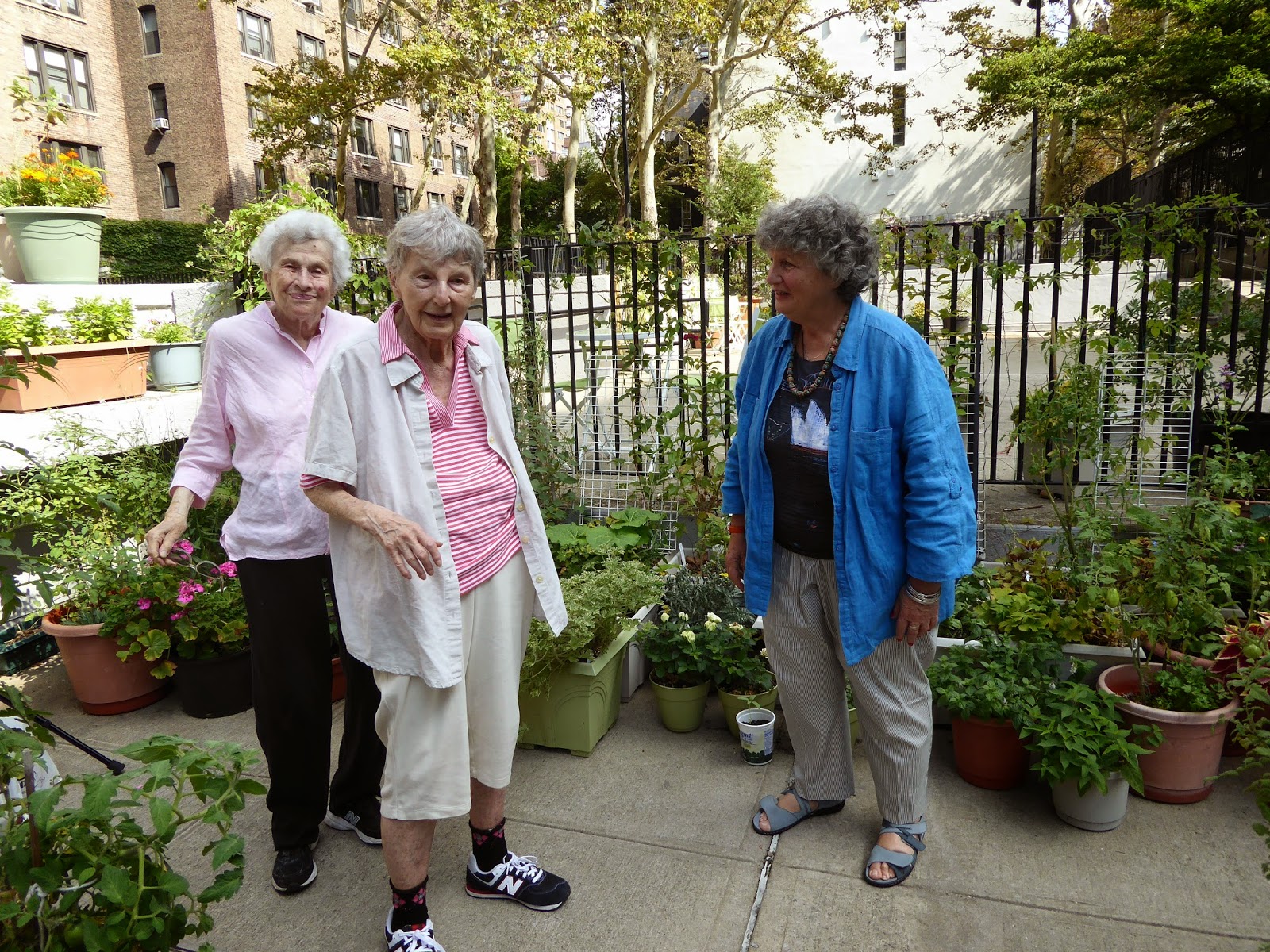 (I must write  this telling in small passages, slowly, reliving the goodbyes that will stand for the rest of my life. To those who looked for my words over these months, or those who read my older words for the first time, thank you for looking for me, for finding me.)

The unplanned sharing of lives for only hours. Naomi and Eva invite us to share with them their Sunday morning meditation service in the Goodard-Riverside Community Center, a place I remember for its caring for the needs of people just getting by over the years. Still there on Amsterdam Avenue. I sit next to Naomi, her eyes closed, her thigh touching mine as she relaxes into the wanted stillness. I feel the weightlessness of her presence, the privilege of knowing my friend of so many year, is sharing her preparations with me. My friend, her small apartment on 75th street with a poem so centred on the little wooden desk, month after month, reaching into the years. My friend who walked with me in Central Park over the years and spoke poetry as we breathed, "My dear, my dear, it is not so terrible here," my friend who brought me her old watercolor set when I was wheel chair bound, my friend who spoke to me over cups of chamomile tea in fine cups with morsels of Haliva on our shared plate, my friend who would steal away with me to Happy Hamburger, now long gone, to sit with truck drivers and take big bites, my friend who said in my ear in so many ways, "Courage, Joan, courage,"my friend who sat with me in chemo rooms, my friend who now has lived for 97 years with her laughter and her literary battles, my friend who lives in love, my friend. You always make me better.

Our arrivals back into Manhattan always tease me with remembered connections while reminding me I no longer have a home there. A dark night when we see our Roomarama on the corner of 75th and Riverside Drive, our home for the next two weeks. A sitting room as the British would say. We have entered the twilight zone of renting rooms in NY. Nothing works properly and we discover all the mailboxes have the same last name on them. A shadowy business this, and as we discover in our last stay in New York, one with tragic consequences for the elderly, the fixed income survivors who are just dead wood for the corporate interests. Real estate is New York's oil, a friend will later tell us, and like the other tar pit we       gazed upon, whole lives slip easily into displacement and loss. I no longer know this city, but I do reach for my friends. 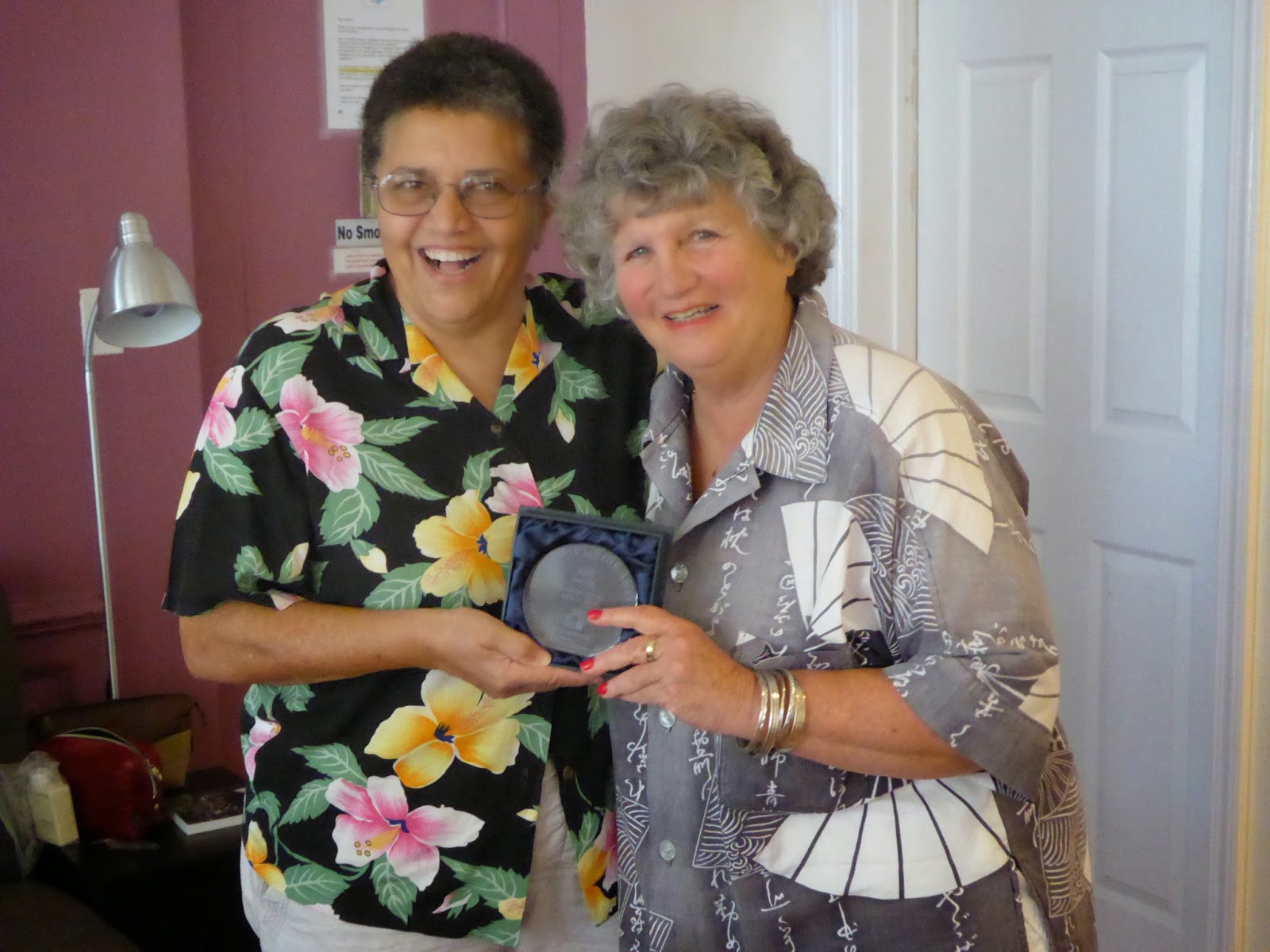 Paula Grant finds us in our bedsit. We have known each other since the 70s and now is the time for our deepest visit. We will sit on benches in the upper reaches of Central Park, we will walk along the Hudson, we will share the coming of a storm along this mighty river, we will talk and talk, the years of shared connections falling about our shoulders, like a favorite shawl. 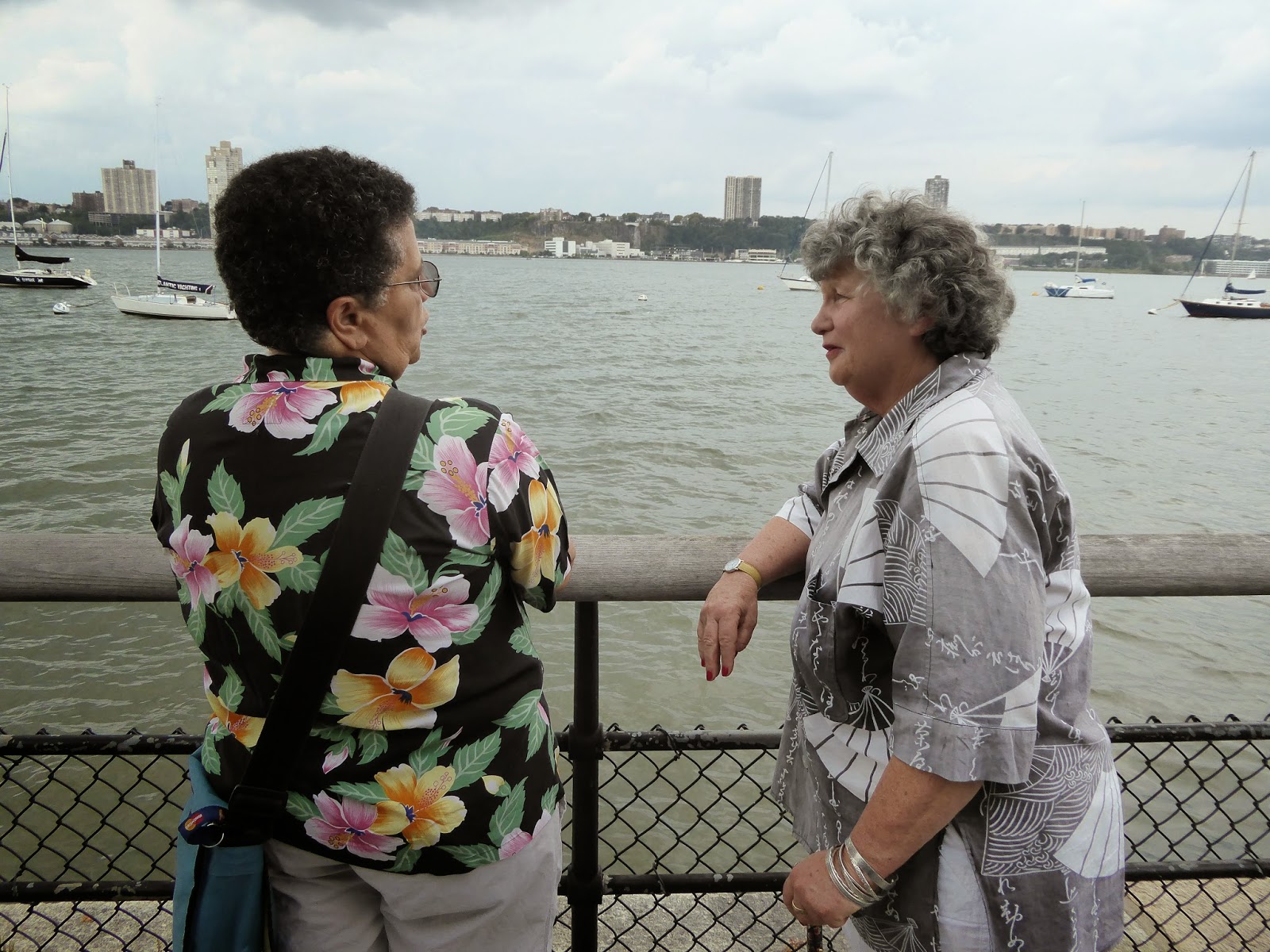 Sharing a meal and then a place of refuge in the Marina restaurant on 79th street, the wind howling across the river, blowing the patrons out of their seats. Workers and diners try to fasten the plastic strips to no avail. 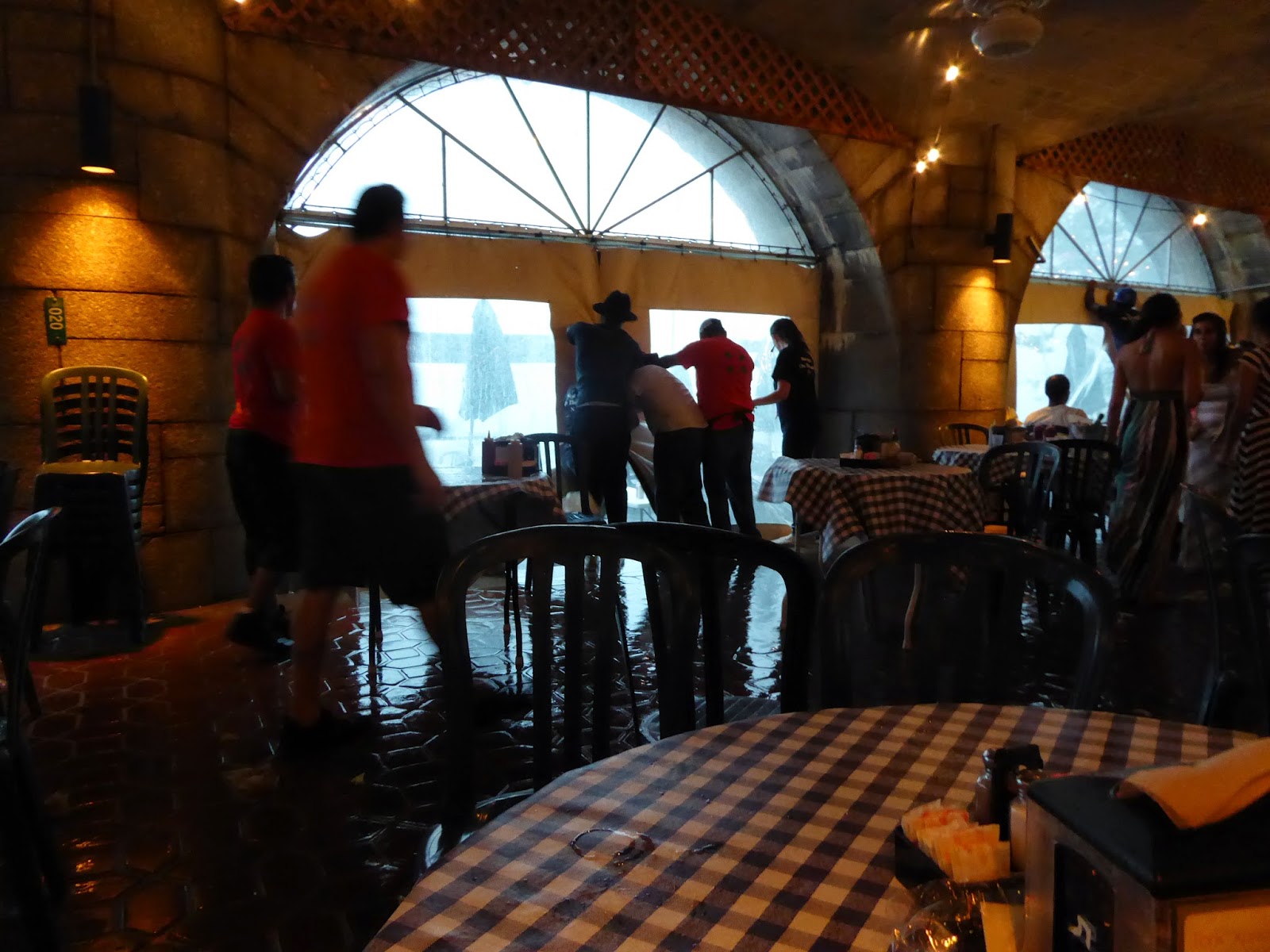 New friends are made in aftermath, shelter offered and taken. 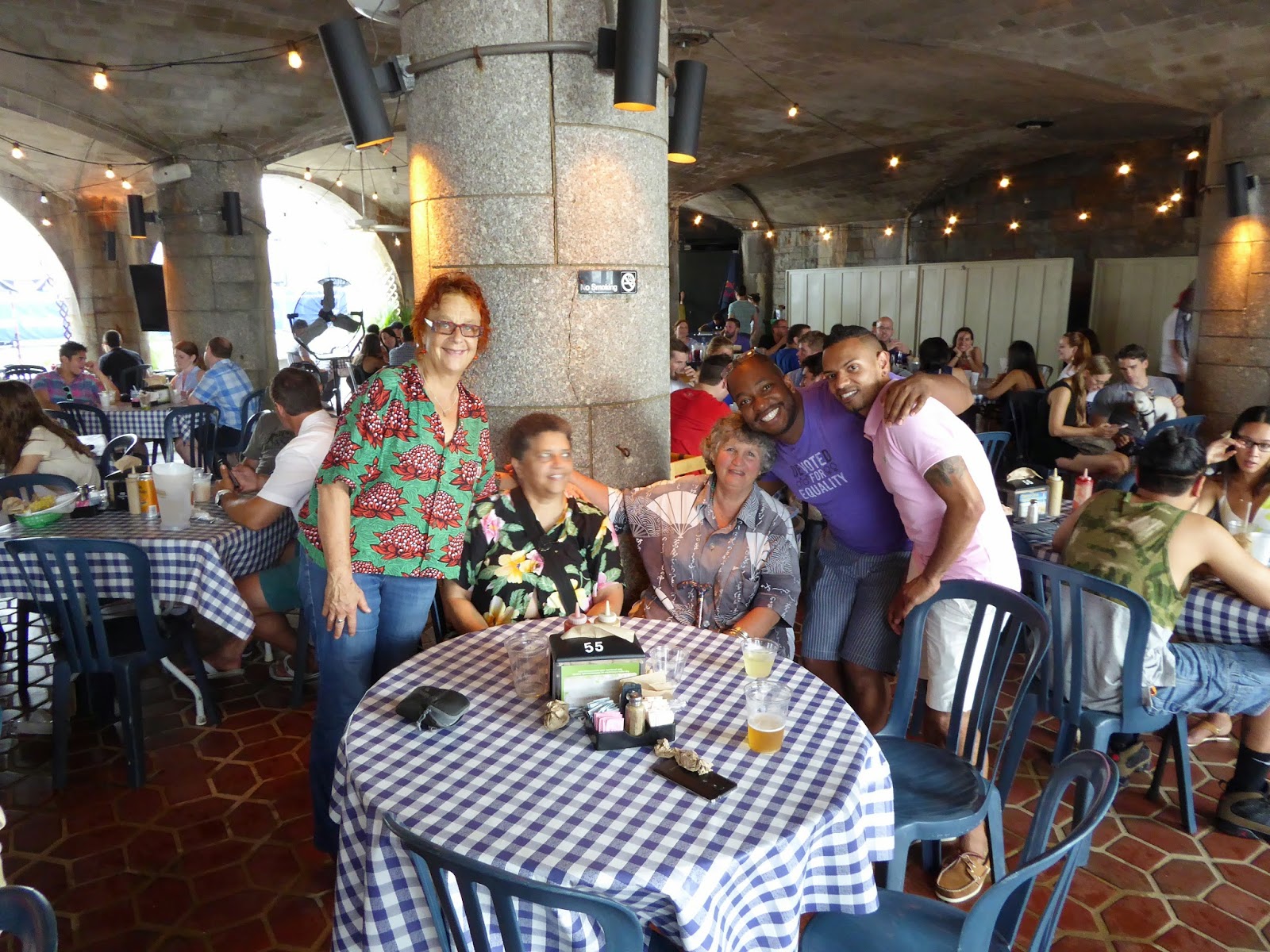 As we walk back to our bedsit, the river roils with its disturbed currents and I think as I always do of my beloved Whitman tenderly walking along its banks, ever open to a promising glance. Once back in Melbourne, however, thinking of the time spent in the company of the Hudson, this time from the Jersey side, with Deb and Teddy, high on the Palisades, I think of T.S. Eliot's line, "until human voices wake us and we drown" and for the first time, I understand. The river unrentable, unowned in its depths, profound in its just being, ancient in its just being, there I see a complex possibility, but on the streets of Manhattan, the noise of frantic exclusion, the conversation of who deserves to have a place to live, of who is really of value, roars in one's ears, and the old  city falls apart. 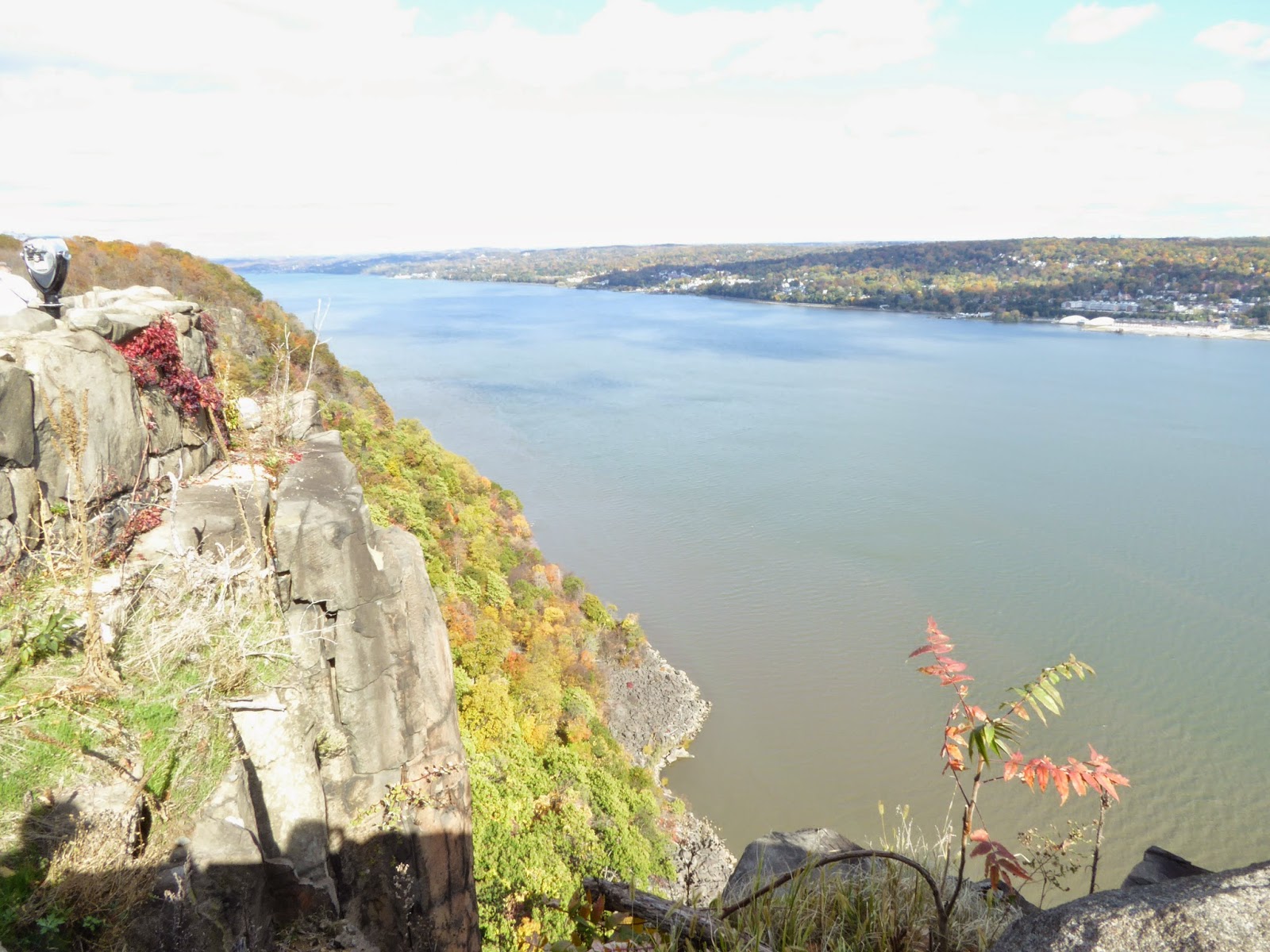