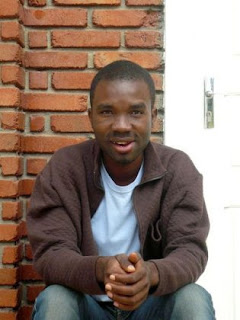 David Kato. Noxolo Nogwaza. Eric Ohen Lembembe. They fall, lesbians and gay men who meet in rooms and on the streets to speak with each other, to give hope to each other, to organize, they fall, but not from our collective memory which spans continents, ordained divisions. Your bodies must be in our ken, we must respect your histories, but our queerness will be another history of comrades. In honor of Eric Ohena Lembembe and his fallen comrades, lesbians and gay men, who stood in the street and sat in rooms, turning their backs on preached hatreds, and lost their lives as they looked towards another future.

In honor of David Kato from Uganda and Noxolo Nogwaza from South Africa, who fell to hatred but who stand tall in our struggle for human dignity. With deep respect for all those who now mourn the loss of their friends.

A prominent gay rights activist in Cameroon was tortured and killed just weeks after issuing a public warning about the threat posed by "anti-gay thugs," the Human Rights Watch said.

Friends discovered the body of Eric Ohen Lembembe at his home in the captial, Yaounde, on Monday evening after he was unreachable for two days, the rights group said in a statement Tuesday.

One friend said Lembembe's neck and feet looked broken and he had been burned with an iron.
Lembembe was among the most prominent activists in one of Africa's most hostile countries for sexual minorities.

First as a journalist and later as executive director of CAMAIDS, a Yaounde-based human rights organization, he documented violence, blackmail and arrests targeting members of Cameroon's gay community. He was also a regular contributor to the Erasing 76 Crimes blog, which focuses on countries where homosexuality is illegal, and he wrote several chapters of a released in February on the global gay rights movement, From Wrongs to Gay Rights.