Ai Weiwei and Jeanine Olsen: Your Likeness Came to Me Tonight 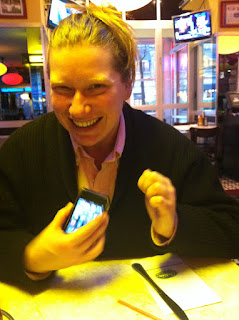 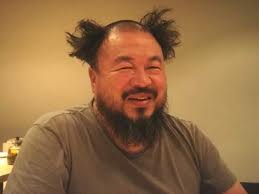 I will jump back into this stream of thought, that has no beginning and will not end if you can see these words. Out of the darkness of this night into all the mornings and other nights where words fly off screens in the hope of touch. I read a small book, " Ai Weiwei Speaks," interviews with the Chinese artist done by Hans Ulrich Obrist and see the future in his blog, in small books, black ,white, gray done to commemorate the books his poet father was forced to destroy. "I think China is at a very interesting moment. Power and the centre have suddenly disappeared in the universal sense because of the Internet, global politics, and the economy. The techniques of the Internet have become a major way of liberating humans from old values and systems, something that has never been possible until today." The artist's words come to me in a small white book telling of his blog into which he poured his images of all that interested him, the mere act of keeping the flow of his spontaneous response to life a political act that endangered his life. "We had better not enjoy the moment," says the artist, but create the moment."

Interviewer: "You produce the moment?'

The artist: "Exactly. Because we're actually a part of reality and if we don't realize that we are totally irresponsible. We are a productive reality."

Productive realities and needing to be responsible, needing to keep saying what must be said, needing to keep pointing in the direction of the insanities, the  cruelties that we keep feeding, and for me it is deep deep failure of the Jewish diaspora to raise its voice against the colonization of the Palestinian people, against the poisoning of the wells, the emptying of homes, the on-going ceaseless brutilizations of families, of towns decreed destructible, of histories called myths.

All the time I was reading Weiwei's words, I kept thinking of my young artist friend, Jeanine Olsen, whom I first met in 1998 at the Art Institute of Chicago, the photographs of her swimming back into the primal ooze instead of escaping it, her body buried in the sand, only her strong head peering out, her prone construction of the earth, a woman's body on which all the expressions of natural life flared and flowed, the community of artists that she moves with, the times we lived together in 13A, her dog Mister and her caring for cat Fred so I could make my journeys. I think of the glorious moment when she and her friends were partying late into the night at 13A .I awoke and in my nightgown went out to join them and saw huger then life, Ms Divine in one of his first movies, sloping across the living room wall. I stood in wonder at the transformations these young creators had wrought as if I were in a dream. Often when we are with Jeanine in one of her artist happenings it is like a dream, dreams of other histories coming into New York, old old histories, the voices of those who spoke first in the vast lands known now as America. Productive Realities that first appear as strange dances, out of context gestures and now as books, those powerful quiet books that look like no others. Like Weiwei's black, white gray books, simply books to stand for the so many destroyed or not allowed ones. So here I am again, jumping into the flow of words that we send out, like drum beats of presence.

In 2009 the Chinese government shut down Weiwei's blog. "I always take action when it is needed." Productive reality.
Posted by Joan Nestle at 6:15 AM